Movies.com Interviews Fansites on Most Desirable Clips from ‘The Hunger Games’

Crystal Watanabe Archive February 22, 2012 Editorial Comments Off on Movies.com Interviews Fansites on Most Desirable Clips from ‘The Hunger Games’ 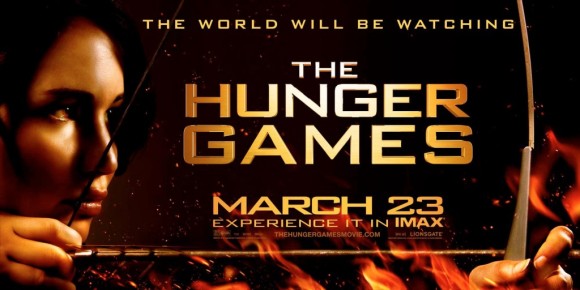 Movies.com writer Perri Nemiroff asked fansite admins what clips they wanted to see the most once Lionsgate reveals them.

Crystal of Mockingjay.net
Since we’re so close to release now, I think Lionsgate feels comfortable enough to begin to bring out Katniss and Peeta together. They’ve focused a lot on the reaping, some of the interviews and the pin story, but we’ve only just barely gotten a glimpse of the two of them together. I’m predicting a short clip of their rooftop conversation from the trailer, starting with Katniss finding him there and talk of what’s to come the next day. I don’t think they’ll end it in anger as it did in the books, but cut off with Katniss’ now famous line, “I just can’t afford to think like that.” It’s a chance to show them together while still conveying the dark message of The Hunger Games to any of the audience new to the story. So while some might argue that they wouldn’t want to highlight the love angle to avoid further comparisons to Twilight, I think this scene wouldn’t give that impression at all. It would focus on the seriousness of their situation and the terror that they’re about to face while still providing fans with a taste of Katniss and Peeta.

Sara of The Hunger Games Examiner
One scene from The Hunger Games movie I’d love to see a clip from is just before the chariot ride. We’ve already seen photos of Katniss and Peeta in their “Girl (and Boy) on Fire” outfits before they’re actually set on fire, and the clip could cut away before Cinna actually lights them on fire. That would give fans a huge treat, set up a major desire to see the film, and offer up a taste of the movie without giving away anything major. I think it would be a very savvy marketing move on Lionsgate’s part to release a short clip from that scene. It wouldn’t give away any new imagery, but would give us a longer look at dialogue between Katniss, Peeta, and Cinna while whetting our appetites for more.

Savanna of The Hunger Games Fireside Chat
I know that we’ve already seen bits and pieces of it in the trailers, but I really hope that we’ll get to see an extended clip from the District 12 reaping. It’s important that not too much be revealed in advance of the film’s release, but at the same time, Lionsgate needs to reach an audience that might not be familiar with the books at all (a difficult concept for us hardcore fans to grasp, I know). The reaping introduces us to Panem society, the Capitol, and the Games without spoiling the rest of the story, and it’s such a gripping, suck-you-in moment; I can’t imagine a non-fan watching it play out without saying to him or herself, “I have to see this!” The reaping also features many of the main players in The Hunger Games, so I can see a portion of it being used to accompany TV interviews with Jennifer Lawrence, Josh Hutcherson, Elizabeth Banks, Willow Shields, and perhaps even Paula Malcomson or Liam Hemsworth.

Read all the other requested clips over at Movies.com!
Share

800+ Costumes from ‘The Hunger Games’ Movie Being Auctioned Off