‘Mockingjay’ Part 1 Score Being Recorded Today in the United Kingdom 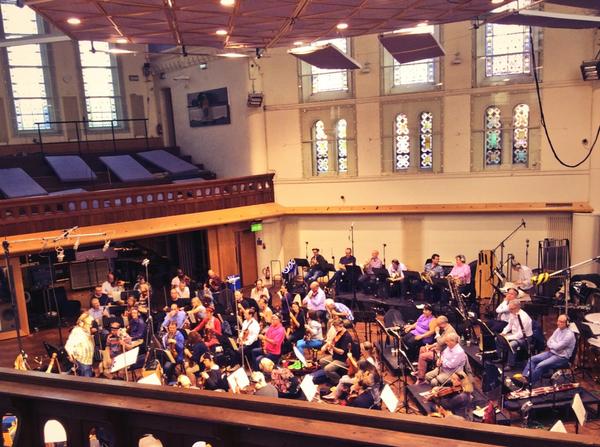 Both Jena Malone and producer Nina Jacobson have let us know via social media that a recording session for the Hunger Games: Mockingjay Part 1 score is taking place today. As you can see from the pictures, it seems to be taking place in a church (which is not unusual, as many churches are designed to have great acoustics), and according to Jena, the church is located somewhere in the United Kingdom.

UPDATE: Our friends over at QuarterQuell.org have pointed out that the location is the AIR Studios in London, where they also recorded the score for Catching Fire.

Recording the score for MJ1. A full orchestra playing the gift of James Newton Howard’s music as the film runs. Wow pic.twitter.com/wjmjtFOiER

As with the rest of the franchise movies, James Newton Howard is in charge of the score, and knowing how amazing the scores were for the first two films, we can’t wait to hear the finished product! I’m already getting chills! What about you? Tell us how excited you are for the score (and the movie!) in a comment.

The score for the hanging tree is making my soul explode