Liam Hemsworth On Being Patient For ‘Mockingjay’ 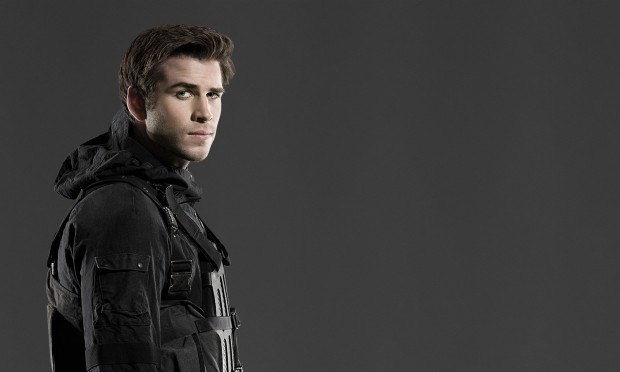 In Mondays’ second issue of The Hunger Games Exclusive, Lionsgate published an extensive interview with Liam Hemsworth on Gale and the long two-movie wait until Mockingjay, when Gale finally gets to spread his wings.

The interview is from TheHungerGamesExclusive.com, but since we’ve heard that some people are unable to access the site, we’ve transcribed the interview below. Enjoy!

So, Gale really steps up in Mockingjay. How does that feel?

Great. In the first two films, it’s all about Gale being restrained and feeling helpless. He couldn’t get in there and support Katniss during the Gaes, which was frustrating. It’s nice to be able to stand up and do something about all this unrest that’s happening in Panem.

Have you just been waiting for this moment?

Absolutely. I knew that I had to be patient in the first two films. Something that always resonated with me about Gale is the fact that he’s very passionate. He really does believe in good moral values and standing up for a cause.

He’s much more vengeful too. How does that affect his relationship with Katniss?

They butt heads a lot. He’s seen so many horrible things happen to his district, all the districts. He’s fed up. He’s got tunnel vision and he’s quite bitter. Katniss is a little more open minded.

But Katniss has to become the face–and voice–of the revoluation. How does Gale help her do that?

At first, I’m part of a team that is spreading the word of the uprising. But really, it’s all about convincing her to stand up with the rebellion and be the face of it. Gale and Katniss have known each other their whole lives and they have a lot of love for each other. But the difference between them is that Gale now sees anyone who has anything to do with the Capitol as guilty. Katniss doesn’t have those blinders.

Mockingjay takes place in District 13. Describe it through your eyes.

District 13 is a secret underground military base, which was originally bombed–and all the other Districts, even the Capitol, thought that it was completely gone. It’s dark and feels pretty claustrophobic. It’s also where we pick up with Katniss after she’s brought back from the Quarter Quell in the first part of Mockingjay.

Does this film feel even bigger than The Hunger Games: Catching Fire?

Yes. There’s so much action and the sets are really incredible. You get to see more of Panem and these cool Districts that weren’t in the first two movies.

Now, Gale is more of a soldier. Did you do any military training for this film?

I did and it’s more like learning to dance than mastering one or two particular moves. It’s all routine and repetition. It might be a simple thing like rolling on your side and then stepping up. But if you do that 20 times a day or more, it really starts to wear on you. You get a lot of bruises and sore spots.

Which scene blew you away in Mockingjay?

When we go to District 8, we come in on the hovercraft and the side of a hospital building is on fire. Real fire, not visual effects. It was giving off a lot of heat and we were probably 40 or 50 feet away from the actual flames. As an actor it helps to feel the heat on your face.

Do you do a lot of your own stunts in this film?

I haven’t really used a double. I love doing stunts. I hate to walk off and let someone else have all the fun. It allows me to really set what my character is going through in a scene. You know, Josh and Jen have been through the Hunger Games. Now, I finally get to be physical too.

After an intense day, how do you all blow off steam?

We all hang out a lot. At least a few nights a week, we’ll go to someone’s apartment and have dinner or we’ll go out to restaurants. Even when we’re shooting these intense scenes, we’re all such good friends and happy to be there. In between takes, we’re laughing and making fun of each other.

Josh Hutcherson and Jennifer Lawrence mentioned a punching game, where you all take jabs at each other.

We have all become consumed with it. You make a circle with your fingers and if you catch someone looking at it, you get to give them a good punch. We call it ‘fishing’–when you just stand there and casually wave the circle around. It’s an extreme game. On a long day, it definitely keeps you on your toes.

You’re on your third movie together. You must be like family at this point.

We are like a bunch of brothers and sisters, who truly like each other. Over the years, we’ve been through this huge experience together and we have all grown so much. It’s very personal to us and it’s something that we can always share with each other.

You just shot Mockingjay: Part 1 and Part 2 back-to-back. What’s next?

I have a few projects, but I am going to take a break first. I think I need to disappear for a while. Maybe travel and surf. I like to go home to Australia to see the friends I grew up with because it feels like I’ve never left.