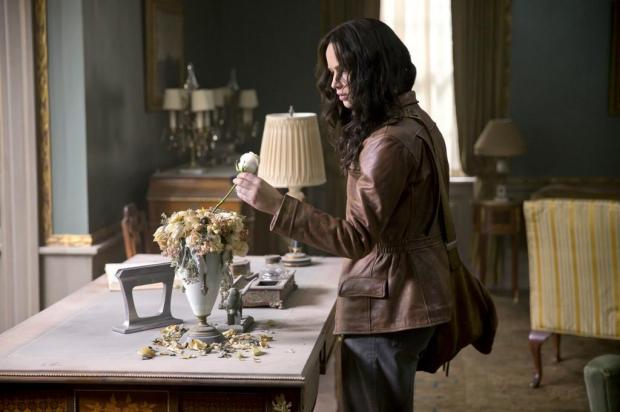 Volga Film is giving us tributes a nice Saturday treat. Earlier today they released a new still of Gale and Beetee and now they’ve also released a new one of Katniss holding the rose in her home in Victor’s Village. We’ve previously seen this scene only in screencaps from the trailer.

What do you think about the vase? Do you think it’s simply holding dead roses from weeks gone by? Does Snow send someone every few days to place a new one for Katniss?