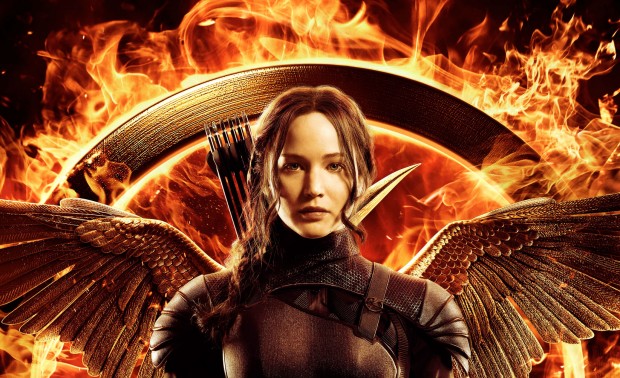 UPDATE: We have confirmed with Fandango that on Wednesday at around 9 PT, they will be releasing the final trailer for The Hunger Games: Mockingjay Part 1.

According to a press release from Fandango, the movie ticket retailer will be launching a fan hub for The Hunger Games which will include exclusive trailers and clips of Jennifer Lawrence. We’re not sure if this means all new trailers or what, but here’s hoping!

We also get a glimpse at the official rules for their London trip giveaway, open to residents of the United States excluding Rhode Island.

“The Hunger Games: Mockingjay, Part 1,” Fandango Fans’ Most Anticipated Movie of 2014, Opens in Theaters on November 21

To celebrate the ticket-on-sale date, fans who purchase “The Hunger Games: Mockingjay – Part 1” tickets on Fandango within the first 24 hours will be automatically entered into a sweepstakes for a chance to attend the world premiere in London on November 10.   All purchases during the first 24 hours will receive a free movie download on VUDU of the previous blockbuster in the series, “The Hunger Games: Catching Fire.”  See official rules on Fandango for prize details, approximate retail values and free alternate means of sweepstakes entry at http://tickets.fandango.com/promo/mockingjaylondonrules.

“The excitement is building as we get closer to the first day of ‘Mockingjay’ presales, as Tributes get ready to scoop up their advance tickets weeks before the film opens,” says Fandango Chief Correspondent, Dave Karger. “The anticipation is through the roof, as ‘Mockingjay’ follows Katniss Everdeen’s emotional journey beyond the Arena, and fans can’t wait to see the action-packed events realized on the big screen.”

A 40-year-old mom to three living in Honolulu, Hawaii, Crystal Watanabe is a full-time freelance fiction editor.
@pikko
Previous GERMANY, AUSTRIA, SWITZERLAND: The Mockingjay is Coming on November 8th!
Next GIVEAWAY: Countdown to the Rebellion Day 26 – Tickets from Fandango.com