GERMANY, AUSTRIA, SWITZERLAND: The Mockingjay is Coming on November 8th! 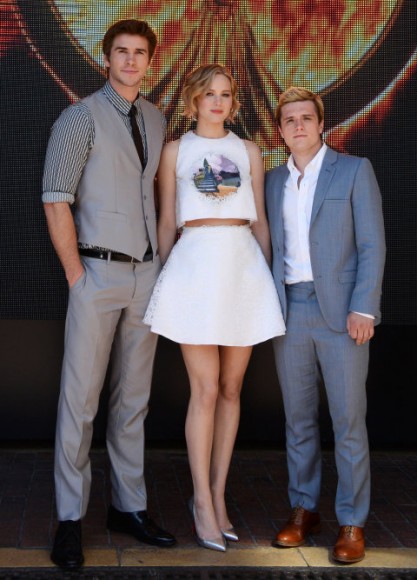 Invited guests are One Direction with their new single “Steal my girl,” supermodel Toni Garn, Eurovision winner Conchita Wurst and….

They will be attending the show for promoting The Hunger Games: Mockingjay Part 1! But it gets even better: Candidates of the show have to create bets which they have to solve. The guest stars are betting sponsors. Before the candidate tries to solve his bet the star has to say whether they think they’ll make it or not. If the star is wrong, he or she is “punished” by taking part in a fun contest! Imagine Liam singing “Pink fluffy unicorns,” Josh wearing original bavarian leather pants, or Jennifer attending a pizza contest. One thing is for sure: November 8th is going to be great fun!

Vivien is a german author for jabberjays.net . When she isn't drawing, sewing her cosplays oder fangirling about The Hunger Games and Marvel Comics, she is studying human medicine. Together with her lovely fat fluffy hamster she sometimes get the wildest adventures.
@waspany
Previous Charli XCX on Lorde Contacting Her via Instagram for the Mockingjay Soundtrack
Next Fandango to Release Exclusive ‘Mockingjay’ Trailers and Clips on Wednesday 10/29