Francis Lawrence: The Mockingjay Movies “Give Meaning to the Whole Series” 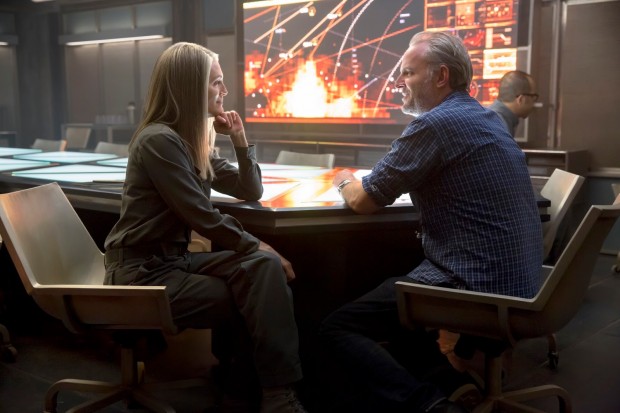 There’s a very interesting piece on The Hunger Games: Mockingjay out today in the L.A. Times’ Hero Complex. In it, director Francis Lawrence and producer Nina Jacobson comment on several aspects of making these films and their meaning for the full Hunger Games story line.

For those of you who, like me, have always been astounded by how well Jennifer Lawrence, an undoubtedly amazing actress, plays the side of Katniss that is lousy, lousy at acting, Francis Lawrence had some comments on it, especially come Mockingjay and the rebel propos:

“She was very good at it,” director Francis Lawrence recalled of his star’s ability to turn in an intentionally lousy performance. “We had a bunch of variations, but we didn’t want to go too far. Some were really broad and funny but not quite tonally right for the movie…. It was a nice couple of days of laughter on set.”

Both Francis and Nina give their input on Katniss and her state of mind during this movie, with Francis pointing out that “she’s very alone” and Nina calling her “a lightning rod,” which is one of the most accurate and yet evocative descriptions I’ve ever read of the character. Our director expands on how excited he was to be offered the helm of the last two movies in the series, because “quite honestly this book and these two movies are what give meaning to the whole series.”

He also touches on the topic of Philip Seymour Hoffman’s untimely death in February, not only in terms of the movie, but also how it affected the filming, the cast and the crew:

“It was really rough,” Lawrence said. “We went dark. It happened on a Sunday, and we couldn’t get everybody together on the Monday. We reorganized the schedule…. We kind of eased everybody back into work. It was also after one of those freezes. It was 10 degrees and miserable.”

One interesting tidbit is the mention that they have given President Coin “a greater presence on-screen”:

“Julianne had a few ideas on how to play her,” Lawrence said. “There was a quiet strength; that was one of the big things that she wanted, so you’ll notice that Coin speaks sort of softly. There’s, I guess you would say, a warmth that you might not get from her in the book that Julianne wanted to bring.”

And lastly, Nina brings up the topic of Mockingjay being split into two films, and reiterates how important this was not only in terms of plot, but also for the focus on the characters:

“What we’ve tried to preserve from Suzanne’s books is a sense of a story, which is at every turn informed by the trials and tribulations of these characters,” Jacobson said. “I think Francis has proven extraordinary at doing that and being able to balance… spectacle and intimacy. It’s great to try to hold on to real human experience as much as possible.”

It’s a really interesting article, so be sure to hop on over to Hero Complex to read the whole thing. (And while you’re at it, be sure to tell us if you think that picture they used of Francis Lawrence is as creepy as we think it is? We love the man to death, but that orange background… um. It’s very appropriate for Halloween, at least). 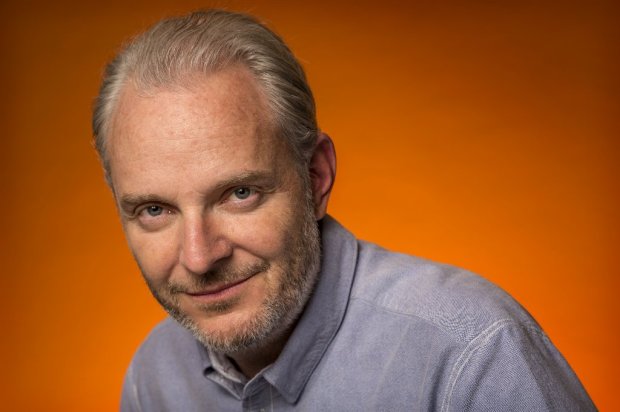 Thanks to Hunger-Games.net for pointing us to this one!

Carla Pinilla is a 34-year-old Chemical Engineer from Panama city, Panama. A consummate fangirl, she spends her time reading, writing (mainly fanfiction), or watching way too many TV shows.
@https://twitter.com/girls_are_weird
Previous GIVEAWAY: Countdown to the Rebellion Day 22 – Mockingjay Part 1 Soundtrack Prize Packs
Next Jennifer Lawrence to Appear on “The Late Show with David Letterman” on 11/12