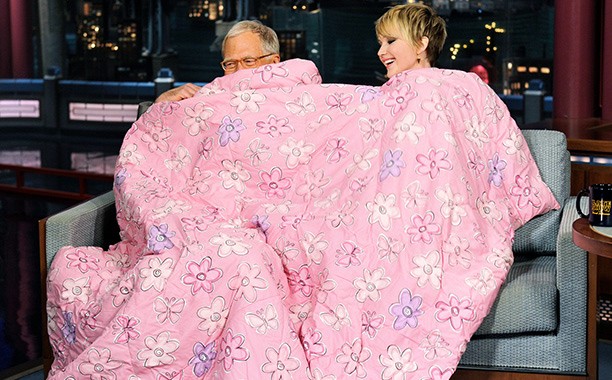 CBS has announced the lineup for The Late Show with David Letterman for the upcoming few weeks, and we are not at all surprised to see a very familiar name on the list: our leading lady, Jennifer Lawrence, will be on the show as a guest on November 12th, just a week before The Hunger Games: Mockingjay Part 1 opens in theaters.

Jen has been on Letterman’s show several times in the past, promoting the first two Hunger Games movies as well as her Oscar-winning role in Silver Linings Playbook, and it never fails to be absolutely hilarious. (In case you missed them, here are the last few: March 2012, January 2013, November 2013). So be sure to set your DVRs to record to this one, it’s bound to be great!

The Late Show with David Letterman airs weeknights at 11:35 pm on CBS. Will you be watching? Tell us in a comment.