Mysterious Track #5 Revealed as “All My Love” by Ariana Grande and Major Lazer on ‘Mockingjay Pt. 1’ Official Soundtrack 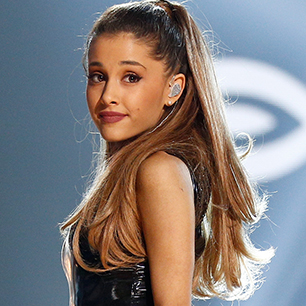 We now have a name for track #5 on ‘The Hunger Games: Mockingjay Part 1’ official soundtrack! The track is titled “All My Love” and is a collaboration with pop superstar Ariana Grande and electronic music group, Major Lazer. Earlier this week, we found out that Ariana would be included on the soundtrack via a livestream she hosted.

The title itself honestly sounds like another generic Ariana Grande song, which is fine with me. I’m a huge fan of her album, ‘My Everything’ and the song title “All My Love” would fit in with other songs on the album such as “Love Me Harder” or “Just a Little Bit of Your Heart.” However, her songs on ‘My Everything’ do not sound like they would fit into the world of Panem that well. The album is a pop and R&B genre, which is where I think Ariana prospers,  but not The Hunger Games…

I know, we can’t really judge a song by it’s title! Unfortunately, we will just have to wait and listen when it comes out! Nonetheless, who do you think this song could be about? Katniss and Peeta? Katniss and Gale? Perhaps Finnick and Annie? Let us know what you think in the comments below!

Also, let us know what you think about the song title and Ariana Grande/Major Lazer below! 🙂

Thanks to our friends at QuarterQuell.org for the tip!

From New Jersey, Grant enjoys eating food and obsessing over The Hunger Games. Grant also likes going to NYC and the beach in the summer. Unlike everyone else, Grant has no degrees in anything because he hasn't even graduated high school yet... *sigh*
@granteverdeen
Previous Hot Topic Officially Starts ‘The Hunger Games: Mockingjay’ Merchandise Sales
Next UK: Natalie Dormer and Stanley Tucci to Guest on The Jonathan Ross Show 11/08