UK: Natalie Dormer and Stanley Tucci to Guest on The Jonathan Ross Show 11/08 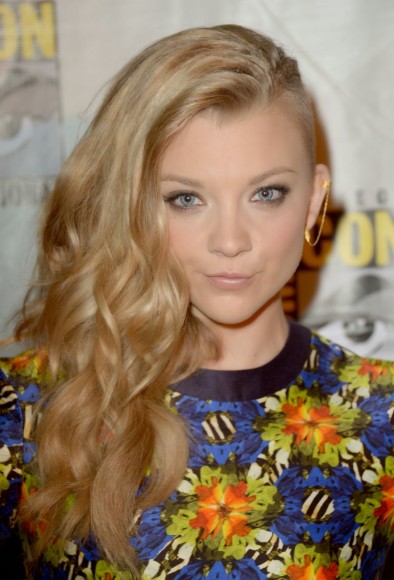 With the general opening for The Hunger Games: Mockingjay Part 1 just 20 days away (20!!!), talk shows all over the world are jumping at the chance to have one or more of our cast members promote the movie in their TV programs; several appearances have already been listed both in the US and overseas.

The United Kingdom isn’t about to be left behind, as it was just announced that Stanley Tucci (Caesar Flickerman) and Natalie Dormer (Cressida) will both be guests in ITV’s The Jonathan Ross Show next Saturday, November 8th. The show airs at 9:45 pm.

It was also listed in Channel 4’s TV Guide that Lorde will be performing live on Alan Carr: Chatty Man on Friday, November 14th. It’s not confirmed what she will be singing, but you never know, it could very well be “Yellow Flicker Beat”! 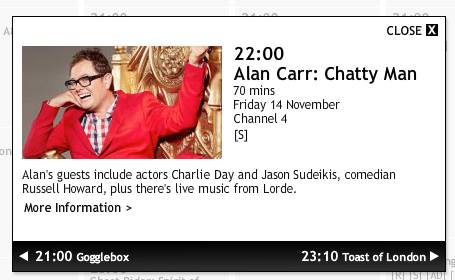 If you’re in the UK, will you be watching these shows? Tell us in a comment.

Thanks to Jabberjay Luan for tipping us off!

Carla Pinilla is a 34-year-old Chemical Engineer from Panama city, Panama. A consummate fangirl, she spends her time reading, writing (mainly fanfiction), or watching way too many TV shows.
@https://twitter.com/girls_are_weird
Previous Mysterious Track #5 Revealed as “All My Love” by Ariana Grande and Major Lazer on ‘Mockingjay Pt. 1’ Official Soundtrack
Next Win a Trip to the Mockingjay Part 1 LA Premiere and After Party

The World of The Hunger Games Set to Open October 20