Earlier this week, Republic Records released the official audio for Dead Air by CHVRCHES and it was hard to deny that it was a catchy song (my kids love it!), but had a very 1980s flair to it and made all us young-adults-at-heart wonder, what would have happened if The Hunger Games: Mockingjay had been released in the 1980s? As a result, our staff worked through our personal lists of greatest 80s hits to curate a Mockingjay Part 1 soundtrack just for you.

And so, we present to you the first in our new editorial series The Retro Games, the 1980s soundtrack for ‘The Mockingjay Club Part 1.’ 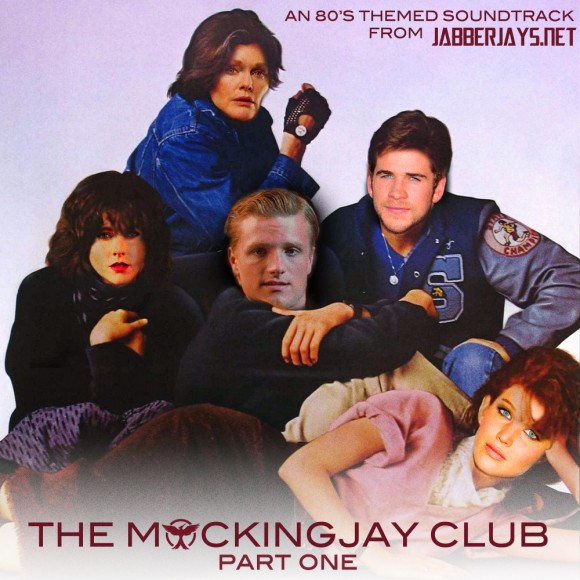 Videos are linked in the titles, with lyrics linked in the artist’s name. Or, if you want to listen to our soundtrack all the way through, simply hit play below:

Have a listen, peruse the lyrics, and tell us why you think we put it in and why you think it fits or it doesn’t! Either way, tell us what you think about the soundtrack for The Mockingjay Club Part 1 below!

Many thanks and props to Jabberjay Luan for the soundtrack cover. We’re not sure our stomachs will ever recover from all the laughing.

Update: Luan also made the below. We can dream, can’t we? 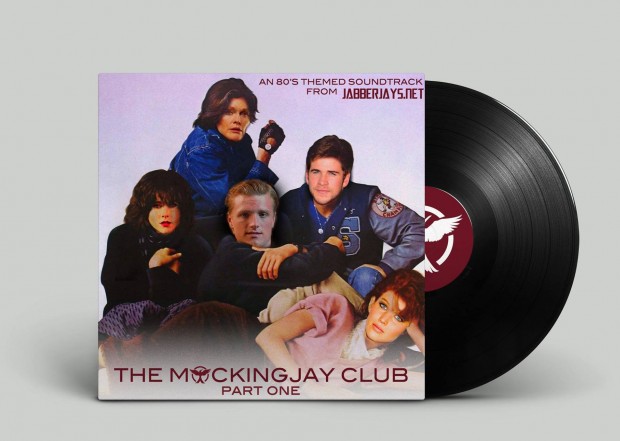