Good Morning America tweeted that The Hungers Games: Mockingjay Part 1 will be featured sometime this week on their show. Details like what day, time, what will be shown or if any of the film’s stars will be on the morning show have not been posted yet but we will be sure to keep you updated here. 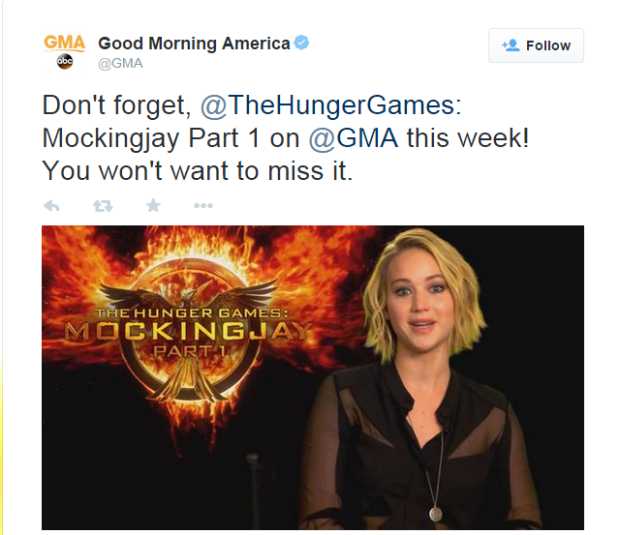 Last year to promote The Hunger Games: Catching Fire, Josh Hutcherson appeared on the show and discussed the marriage proposals he received from fans.

If only one of the film’s stars will be on Good Morning America, who do you hope it will be and what question would you like to ask that star? I’m hoping that Josh is well enough to appear again and Robin Roberts can see if he’s had more proposals or other fun fan interactions.

UPDATE: The Good Morning America official Twitter has confirmed that Jennifer, Josh and Liam will be on the show this Thursday.