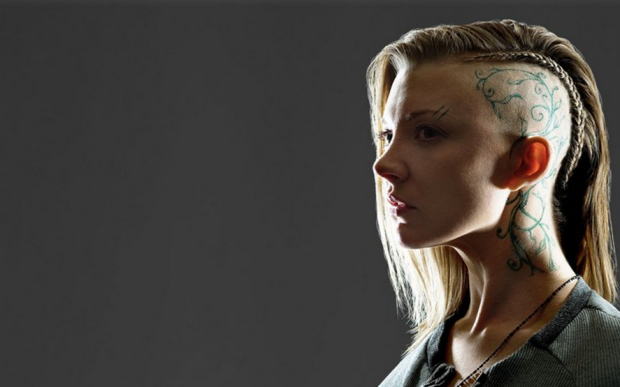 Natalie Dormer spoke with the Daily Beast on changing gears for Mockingjay Part 1 to play Cressida, a strong female leader whose power comes from inner confidence rather than her expertise in wielding sexuality. Cressida’s raw self-assurance and relentless drive have led her to be one of the best documentary film makers in Panem. The Capitol has used film to turn the Districts against one another in the Games, and Cressida can turn her camera lenses back on the Capitol to expose their corruption though Rebel Propos.

Touching on everything from Game of Thrones, feminism, and Mockingjay, Natalie shares her excitement to expand her artistry as an actor playing Cressida in Mockingjay Part 1 and 2. Here is an excerpt, which pertains specifically to Mockingjay, from Natalie’s full interview.

How were you cast as Cressida in Mockingjay?

I was a massive fan of the first movie and hadn’t read the novels, but then I got the phone call about Cressida and did an audition tape at home on a Canon 7D with my hair scraped back in a really tight ponytail, and sent it off to Francis. I got the phone call saying, “They love you. They want to know if you would be up for shaving your entire head.” I took a deep breath and said, “To be a part of The Hunger Games, yes.” But I got off lightly because I had a conversation with Francis and we came to the conclusion that we’d shave off just half the head.

The Hunger Games universe is refreshing because it isn’t so patriarchal. You’ve got Katniss as the protagonist and Julianne Moore as the president of District 13.

Women are over 50 percent of the population. It’s one of the few films thatactually represents us. What we’re aiming for in the industry is not to go, “Girl power! Wave the flag!” We want to get to a place where the gender is irrelevant, because then it’s about the personality, and about the story. What I love aboutMockingjay–Part 1 is that President Coin or Cressida could have easily been played by a man, and if you look at Interstellar, the Anne Hathaway or Jessica Chastain roles would have been men years ago. I’m glad that cinema is catching up to what television has known for a while: that three-dimensional, complex women get an audience engaged as much as the men. I’m a feminist in the true sense of the word. It’s about equality. 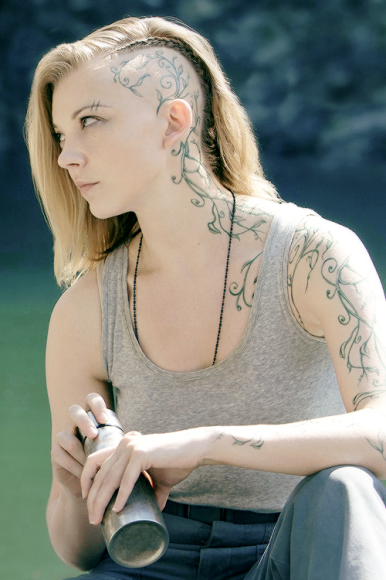 Cressida was a nice departure—to challenge people’s perceptions of me in the long skirt with the long brown hair, and I enjoyed that because that’s what I want to do. I want to keep people guessing.