Madame Tussauds has launched their waxwork today in London of none other than Katniss Everdeen, sporting her District 12 outfit before the 74th Victory Tour from The Hunger Games: Catching Fire. The figure stands in front of a backdrop inspired by one of Catching Fire‘s most iconic theatrical posters. Waxworks of our heroine have also been launched in New York and Hollywood. The girl from District 12 has gone far in pop culture in just a few years. 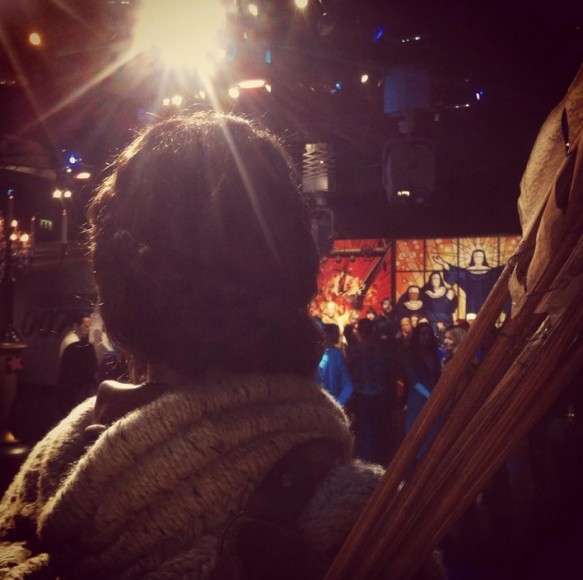