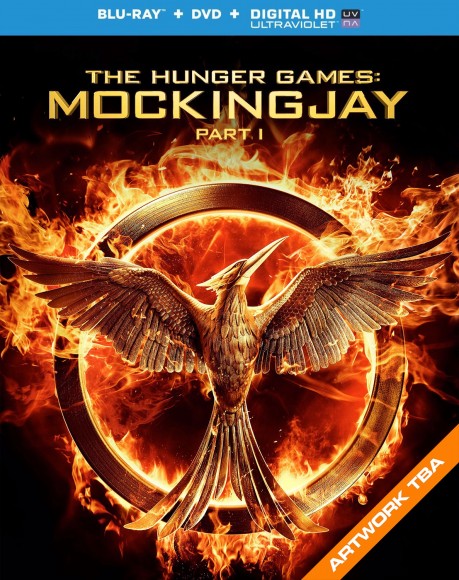 It looks like you will be able to view Mockingjay – Part 1 in the comfort of your own home sooner rather than later! According to various, credible sources (including iTunes and DVDWorldUSA), the film will be released in the U.S. on DVD and Blu-Ray on Tuesday, February 24th, 2015!

Unfortunately for you U.K. and Australian tributes, you may have to wait a little bit longer. It looks like the film will released in the U.K on Monday, March 16th, 2015 and in Australia on Wednesday, March 4th, 2015. There is still no word of confirmation from Lionsgate, but for now, it looks like we can begin marking our calendars!

A big thanks to QuarterQuell.org for the tip!

UPDATE: Thanks to Jabberjay Vivien it’s come to our attention that EMP, a German heavy metal shop, is listing the DVD/Blu-ray release for Friday, March 27th, 2015 in that country. Please note that once again, this information has not been confirmed by Lionsgate or Studiocanal, although this one seems pretty solid as one retailer has it in print on their catalogue.

UPDATE: Jaberjay Tash let us know that JB Hi-Fi, an Australian home entertainment retailer, lists the DVD/Blu-ray release date as Saturday, March 21st, 2015. Given all this conflicting information, we advise you to take all listed dates with a grain of salt until Lionsgate or any of the local distributors confirms them. If you’re pre-ordering early, keep in mind that the dates might change!

Zack is from a small town in Connecticut. His favorite foods are pizza, pizza and more pizza. You can probably find him tucked behind a computer, watching Netflix.
@@zackdigi
Previous Madame Tussauds Launches Katniss Everdeen Waxwork in London
Next Box Office Update: ‘Mockingjay’ Part 1 Pushes Lionsgate Earnings Past $1 Billion