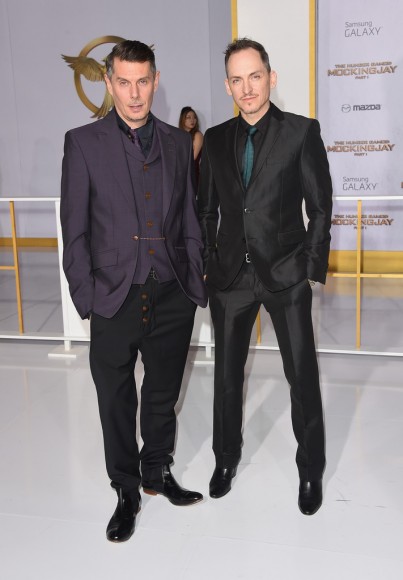 The nominations for the 17th Costume Designers Guild Awards were released just this morning, and The Hunger Games: Mockingjay Part 1 scored a nomination in the “Excellence in Fantasy Film” category:

Guardians of the Galaxy – Alexandra Byrne

Into the Woods – Colleen Atwood

Our franchise has already left its mark in these awards; as you may recall, Catching Fire costume designer Trish Summerville took the trophy last year for her amazing work on the film. Still, it’s some tough competition we’re facing off against this time ’round, so best of luck to Kurt and Bart! The ceremony will be held on Tuesday, February 17th at the Beverly Hilton Hotel in Beverly Hills, California.

Bart Mueller and Kurt Swanson will take the lead in costume design for the final two films in the franchise.