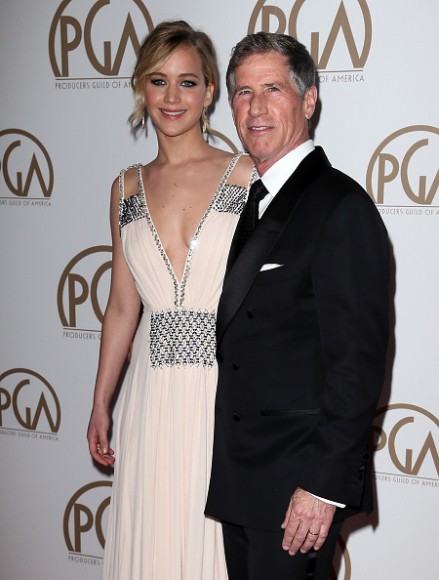 The Producers Guild Awards took place last night, honoring outstanding production work through the year. The PGA bestowed their Milestone award to Lionsgate CEO Jon Feltheimer, aka the man at the top of the food chain when it comes to the Hunger Games films (pun totally intended). The award was presented to him by our very own leading lady, Jennifer Lawrence (looking like a Greek goddess, might I add).

With her usual humor and candor, Jennifer thanked Feltheimer for the opportunities given to her by this franchise, and for the wonderful relationship she’s had with the studio through the years. You can watch her introduce the award in the video below:

When accepting the award, Feltheimer emphasized teamwork as a key to success:

“Part of the real power of an executive is to know when to stand aside and let talented writers, directors and actors do what they do so well.”

Just a few days prior to the PGAs, Feltheimer had also spoken to THR about the Hunger Games franchise, how it became something bigger than a niche audience movie, and what we can expect once their major YA franchises come to an end:

Lionsgate built itself by appealing to niche audiences, but Hunger Games isn’t exactly a niche movie.

The Hunger Games franchise wraps in November. What’s the future for Lionsgate in the YA space?

So you’re saying something else in the Hunger Games world isn’t out of the question?

Not saying specifically for The Hunger Games, but we have other franchises, too. If you look at Divergent, for example, after the third book, [Veronica Roth] actually put out a novella called Four. There may be other material there. One never knows when we dig into the treasure troves of these brilliant writers what we might find.

Can there be another YA franchise as successful as Twilight or Hunger Games? Or has that moment passed?

These franchises are like magic. You can’t prescribe them. They come out of the ether a little bit, and then you hope you manage them well enough to make them everything they can be.

Congratulations to Mr. Feltheimer on this honor, and considering The Hunger Games movies are a huge part of Lionsgate’s success, here’s to hoping this is a sign that our franchise is truly leaving a mark in the film industry.

In the meantime, what do you think will be Lionsgate’s next step once our franchise comes to an end? Do you think there’s a chance for spin-off projects? Should there be Hunger Games spin-offs? Tell us how you feel about this possibility in a comment. 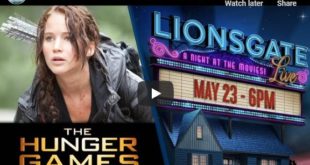