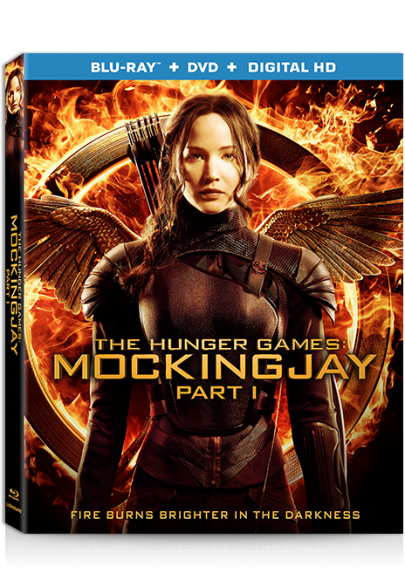 Mockingjay – Part 1 will be released on Blu-ray and DVD on March 6th, and we now have a full list of special features!

The Blu-ray will include the following special features:

The DVD will include:

The film will also be released early in digital HD on February 17th!

Zack is from a small town in Connecticut. His favorite foods are pizza, pizza and more pizza. You can probably find him tucked behind a computer, watching Netflix.
@@zackdigi
Previous Jennifer Lawrence Presents Lionsgate CEO with Producers Guild Milestone Award
Next Vote Mockingjay – Part 2 in MTV Movie Brawl’s Final Round