EDITORIAL: The Future of Panem 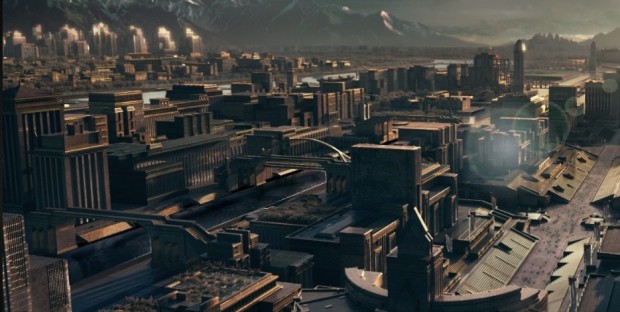 Back in November, before the third movie in The Hunger Games film series hit theatres, we reported that Francis Lawrence would be interested in expanding the series beyond the adaptations of Suzanne Collins’ novels. As the last planned movie comes out this very year, it is time to wonder how good (or bad) of an idea it could be.

Suzanne Collins’ agent has been clear when he told The Wrap: “Another one? No, the books are done.” But could Lionsgate decide to go ahead with a new movie that wouldn’t be directly based off Collins’ work? I think it’s fairly possible. The series has been incredibly profitable for the company, with two movies out of three topping the yearly box office back-to-back, and it is likely they will want to take advantage of that, despite already talking about expositions, amusement parks and stage plays.

If the author doesn’t publish anything new, does that just mean she can’t write anything new? Indeed, much like J.K. Rowling’s involvement with the new Harry Potter prequel trilogy, Fantastic Beasts and Where To Find Them, Lionsgate could get Suzanne to write a script for future movies. She worked closely with Gary Ross to pen the first movie’s script, and was constantly consulted during the process of making the other three movies. In addition to that, it is worth mentioning that she started her career as a writer for children’s TV shows for Nickelodeon and Scholastic Entertainment. She is definitely familiar with scripts and movie making. I think it would be one of the best ways to go as it would be completely true to the universe she created in the original trilogy. Would Suzanne Collins agree to do it, though?

One thing that we absolutely do not want is getting something new that would just feel like they want to make money out of it (although they do). If new films are made, they need to be faithful to the story and characters, and have to be original. It has to be different enough to stand out to the audience, but has to bring back what we love wholeheartedly about The Hunger Games. In other words: it’d be easy to screw up.

Here are some ideas I had about where they might want to take the story:

It’s one idea that would make the most sense for me. They could go back to the very beginning of the Games, and show how they came to exist, with the Dark Days and President Snow’s rise to power.

Pros: It would be visually interesting, it would allow us to learn about the background story, and would make for an overall great movie.

Cons: Most of the cast couldn’t come back, so they would have to come up with new characters (and a new actor to play a younger version of Snow).

2. Haymitch’s (or somebody else’s) Games

Although I really doubt this one would be picked, a lot of fans would like to see more about Haymitch’s Games, even more so since there was no flashback in the Catching Fire film adaptation. It could also be any other fan favourite tribute’s Games, like Finnick’s.

Pros: It would once again allow us to go deeper into the story, and understand some characters better.

Cons: It’s been long since Haymitch was reaped and thrown into the 50th Hunger Games arena, therefore they would have to cast an actor to portray him at that age. Also, people would compare it to the original movies since it’s merely another edition of the Games.

We never know what Hollywood has in  mind. This is by far my least favourite idea, but I still want to talk about it. Who knows for sure that Panem becomes a democratic republic after the Games? What if there’s corruption, or if some Districts are forgotten? How does society manage to reorganize itself after 75 years of suffering and inequality?

Pros: Since it would take place after the Games, they could bring back some of the former cast. It would be captivating to see the struggle to bring everything back to normal and the reactions in the Districts as well as in the Capitol.

Cons: They’d have to find a really good story line to make it work, and I’m not convinced we really want to see more fights and problems. We’re okay with thinking everything is perfect (almost, haha).

Whether or not the series gets spin-off movies, I know that the story will always stay with us. We will never forget about The Hunger Games. It has (for me, at least) changed us and helped us understand a lot about loss, war and politics. The characters went through this journey with us, and we connected to them, felt their emotions. The decision is up to Lionsgate, which is responsible for the amazing films that allowed us to see one of our favourite stories on screen. I am very thankful, and anxiously waiting for The Hunger Games: Mockingjay Part 2 to hit movie theatres on November 20th.

Do you have your own theories on how the story could evolve in spin-off movies? Feel free to share them with us!

A 16-year-old French Canadian guy crazy about books and movies, especially about The Hunger Games. He has a passion for languages and is bilingual. He's part of Jabberjays.net, TheGeekyPub.com and TheMazeRunner.net.
@www.twitter.com/PhillyTheFanboy
Previous BBFC Reveals List of ‘The Hunger Games: Mockingjay Part 1’ Deleted Scenes
Next BREAKING: ‘Mockingjay’ Part 2 To Be Released in IMAX 3D