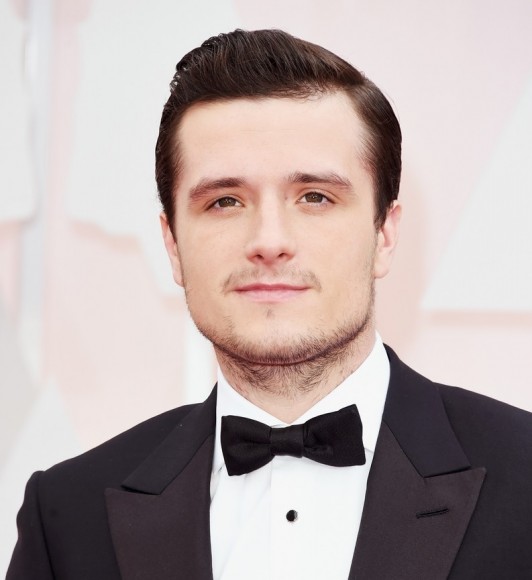 Recently, Josh Hutcherson sent the fandom into a spin when he commented in an interview that he was glad that Mockingjay filming was over and he didn’t have to dye his hair anymore. Cue collective freak-out! But what about the epilogue?! the fans wondered. Several sources have reported that Jennifer Lawrence still has one more scene to film, a scene with her nephews, which can only be the epilogue– surely that means Peeta has to be there?? Poor Nina Jacobson got showered with questions (*cringe*), but no one seemed to get a straight answer.

Well, tributes, today you can breathe a sigh of relief, as Josh Hutcherson himself cleared the issue up last night: in an interview with Ryan Seacrest at the Oscars red carpet, he confirmed that they have “a few more days of shooting to pick up in summer, and then we’re finished with everything.”

You can watch the video below, in which he also talks about what he’s been doing during his downtime, how much he loves Madrid (way to be subtle, Seacrest!), and whether he has “The Hanging Tree” on his phone.

Josh also talked with old pal Josh Horowitz from MTV about “the ball and chain” (aka Jennifer Lawrence) and how he feels about her not being there that day (Jennifer is currently in Boston, filming for Joy, her latest collaboration with David O. Russell:

And just in case you missed the Oscars ceremony last night, you can watch Josh’s participation below. After being introduced by host Neil Patrick Harris as “the Peeta who won’t throw paint at you,” Josh walked on stage to the tune of “The Hanging Tree” (!!!!) and introduced Rita Ora’s performance of “Grateful” from the film Beyond the Lights.

Be sure to comment and tell us what you think of Josh’s participation in the ceremony, his comments about Jennifer, and of course his news about the epilogue! We can’t wait to see what it looks like on screen. How about you?

Carla Pinilla is a 34-year-old Chemical Engineer from Panama city, Panama. A consummate fangirl, she spends her time reading, writing (mainly fanfiction), or watching way too many TV shows.
@https://twitter.com/girls_are_weird
Previous Julianne Moore Wins Best Actress Academy Award for her Role in ‘Still Alice’
Next Through the Pages: Mockingjay Chapter 14