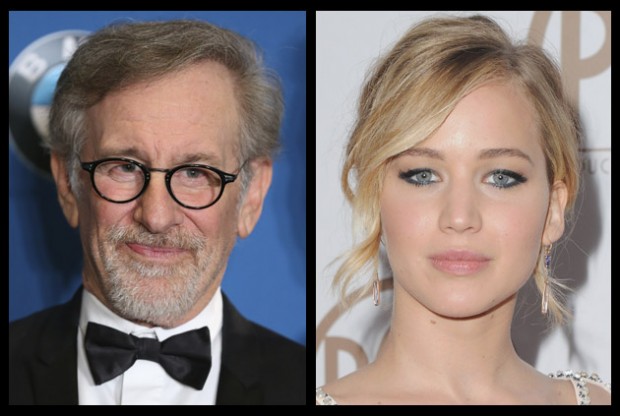 Deadline reported yesterday that Warner Bros. is near closing a deal to obtain the film rights to Lynsey Addario’s War Memoir What I do: A Photographer’s Life of Love and War. The studio’s bid posits that the film would be directed by Steven Spielberg, with our very own Jennifer Lawrence as the protagonist.

The report by Deadline mentions that Warner beat out several renowned competitors for the rights, such as Working Title/Reese Witherspoon, Darren Arronofsky/Natalie Portman, and the Weinstein Company/George Clooney. Pulitzer Prize winner Addario’s memoir was highly coveted as it describes both personal and professional events that took place in her life, particularly after 9/11 and the invasion of Afghanistan.

[Addario] carved out a niche giving an identity to the victims of conflict. That includes how Afghans suffered during the Taliban regime, the Iraqi War, victims of genocide in Darfur, the rape of women in the Congo. Her work in dangerous locales included her being kidnapped by pro-Quaddafi forces in the Libyan civil war.

As a fan of both Steven and Jennifer, I have to say this is really exciting! Granted, this is still in its early stages and with Jennifer’s current busy schedule, it’s very likely that this wouldn’t go into production anytime soon. Still, if it does happen, I believe I speak for all of us when I say: just hand them all the awards already!

What do you think of this news? Tell us in a comment.

Tags Deadline Jennifer Lawrence Lynsey Addario Steven Spielberg War Film What I Do: A Photographer's Life of Love and War