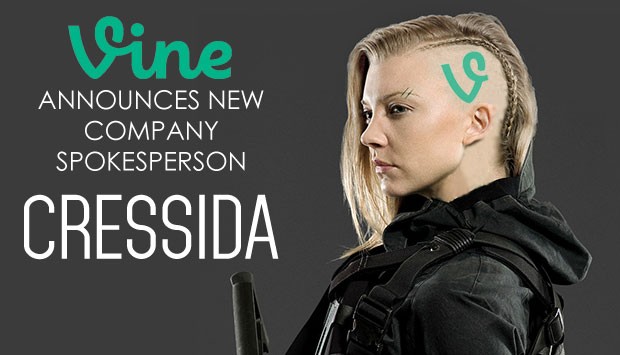 “She’s just the perfect person to carry our company’s brand message,” said Vine’s co-founder Colin Kroll. “She already had something similar on display on that spanking half-bald head of hers, so really the change wasn’t all that big for her.”

Vine users across the Capitol are already expressing their glee at the announcement, though several accounts that did so have had their reactions mysteriously been deleted and replaced with a Capitol Ministry of Information logo.

“Corporate sponsorship tattoos are going to be all the rave this season,” trilled Effie Trinket, who is currently in an undisclosed location. “Alexander McQueen, you know where to find me!”