Elizabeth Banks With THR: How She Made Effie Happen

The Hollywood Reporter tweeted out a lengthy article on Elizabeth Banks, who gives career advice, advocating women to be go-getters and not wait for opportunities to fall in their lap. She also touches on The Hunger Games and talks about her habit on set of sitting in video village with producers and directors, which feeds her hunger for directing films.

Elizabeth admits her proactive approach in acting led her to beg Gary Ross for a role in Seabiscuit, based on Laura Hillenbrand’s novel, where she first worked with Ross. In the end, her charm won him over, and the article states:

Eight years later, when [Banks] heard Ross would be directing the first Hunger Games film, she wrote to him again. “She wrote, ‘I really want to play Effie — I really think I can do this,’ ” he remembers. At that point, the director was uncertain about whom he wanted to hire, but he invited Banks to a meeting. After 20 minutes of polite conversation, Banks all but intimidated Ross into giving her the role. “She gave me this look, like, ‘Dude, are we going to dance here or are you giving me this part?’ “

It’s hard to imagine if Elizabeth Banks hadn’t been the one to embody Effie. She has forever burned the image of purple hair, butterfly dresses, and painfully uncomfortable, yet stylish, shoes into our brains. I think we all could use a little impartation of a go-getter attitude with a dose of Effie spunk. If you’d like to catch up on the extremely busy life of Elizabeth Banks, who has her fingers in lots of pies, so to speak, check out the full article and get the lowdown here at THR’s website. 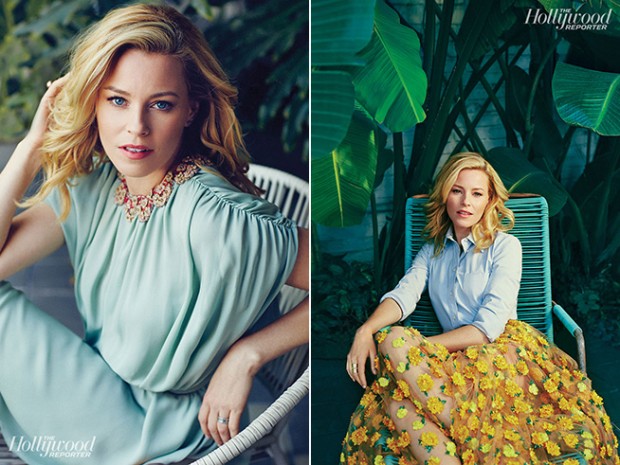 Elizabeth describes to Ellen how Star Wars has possessed her children (including terrible imitations of Chewbacca and C-3PO), her sons playing with Effie Barbie, Ms Trinket's wardrobe and Woody Harrelson's choice of red carpet attire.