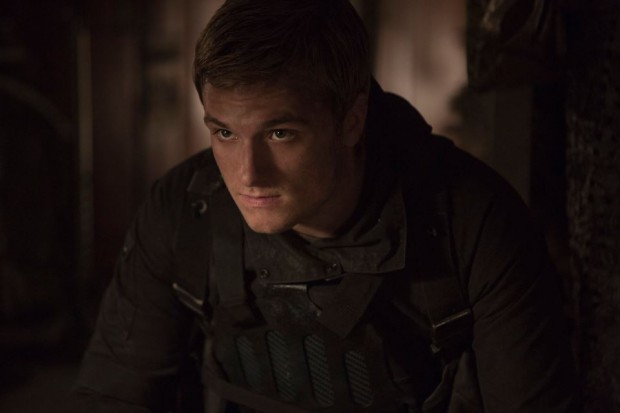 Guys, it’s definitely looking like we’ll be getting one Mockingjay still per day until the big reveal on the 9th! Today, it was Josh Hutcherson’s turn to give us fans a present, as he released the above still of himself as Peeta Mellark through his social media pages.

As for the still itself, we can see that Peeta is looking much better when compared to the last we saw of him (MY HEART! I just want to give him a hug through my computer screen), and he’s wearing the standard rebel military uniform, so this is probably at some point during the Star Squad’s mission in the Capitol. It also looks like he’s indoors… Tigris’ shop, maybe? Could this be at some point during his conversation with Gale? Wherever he is, boy am I glad to see him look like the Peeta we all know and love!

What do you think may be happening in this scene? Tell us in a comment. And stay tuned in case there’s another still released tomorrow– we’ll be stalking Liam, Elizabeth, and maybe even Sam’s social media accounts for sure!