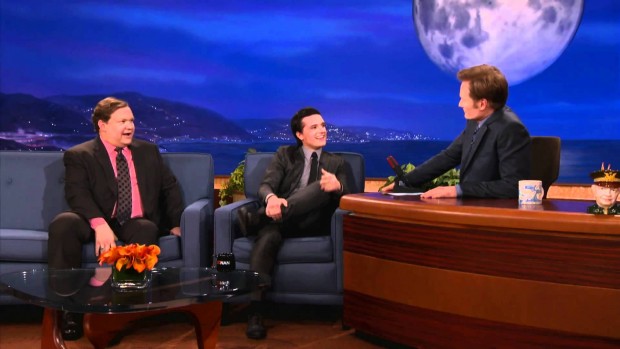 This week just doesn’t stop giving! Although we already knew that Josh would be appearing on Conan O’Brien’s talk show on Thursday, June 18th, according to Conan’s website, we can expect Josh to be discussing ‘Mockingjay Part 2’ and saying ‘goodbye to Peeta’. It’s interesting that Josh is appearing next week to discuss Mockingjay with Conan, when it was just announced yesterday that Conan O’Brien will be moderating Lionsgate’s ‘Mockingjay Part 2’ panel at San Deigo Comic Con next month. Could this appearance hint at which cast and crew will be present for the Hall H panel on July 9th? Or will we get a direct confirmation from Josh? Only time will tell!

Either way, we have a new interview to look forward to. It looks like marketing for the November release of ‘The Hunger Games: Mockingjay Part 2’ is now in full swing, and we couldn’t be more excited! Check out the summary from Team Coco below: 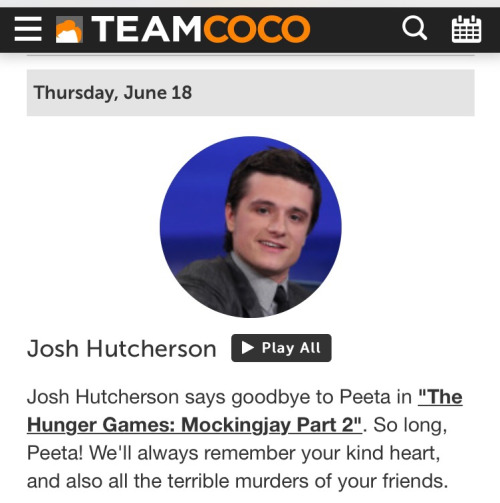 Now please excuse me while I go and prepare to hear Josh talking about saying goodbye to Peeta by buying a large box of Kleenex and some ice-cream.

Will you be watching Josh on Conan O’Brien next week?