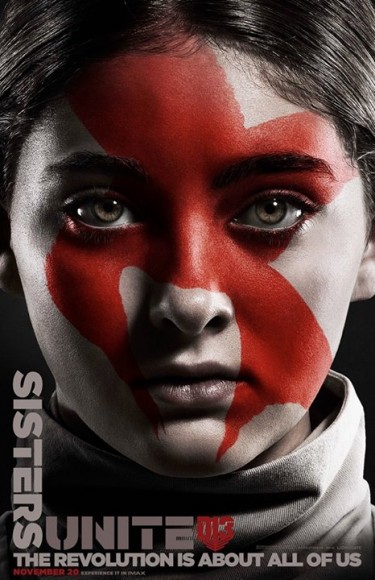 While it is still unconfirmed it seems likely that select The Hunger Games: Mockingjay Part 2 cast members will be signing posters at the Lionsgate booth in the exhibition hall of San Diego Comic Con. The one thing we do know, is that Willow Shields will be at the booth on July 10th, the day after the Hall H panel:

Sisters of Panem, #Unite! Stand with us & meet me at Lionsgate Booth 4045 on 7/10! #MockingjaySDCC pic.twitter.com/Cv7tDo4szE

Down With The Capitol also noticed that Wes Chatham has said that he is headed for Comic-Con too:

That's a wrap on "All I See is You" Goodbye Thailand! Next stop, Comicon for "The Expanse" & "Mockingjay II" pic.twitter.com/65fK3JTK7X

It seems likely he could possibly also join Willow at the Lionsgate booth (4045). We’ll update with confirmed cast members who are signing as we get it.

Update 1: Thanks to Amie from HGGirlOnFire who is at San Diego Comic Con, we have confirmation from the Lionsgate booth (#4045) that Natalie Dormer and Evan Ross will be signing on Saturday at 4pm:

Update 2: Here’s the full list of signers on Saturday. Elden Henson, Wes Chatham and Gwendoline Christie at 12pm; and Natalie Dormer and Evan Ross at 4pm:

Are you at @Comic_Con? Stop by Lionsgate Booth 4045 TODAY to meet members of the Revolution at 12pm and 4pm! pic.twitter.com/CqXYkbJVuX