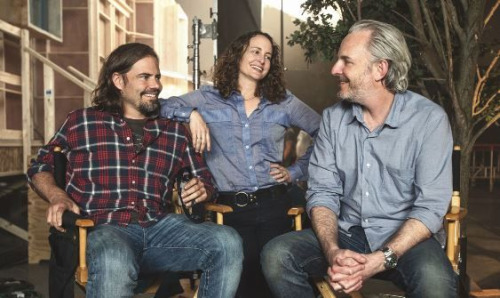 Nina Jacobson talks with Film Ink, whose 2015 September issue highlighting “Women In Film,” features Katniss in her impressive red Mockingjay suit. Having had a successful career working with Universal Pictures, Dreamworks, and then Disney, Nina talks about her transition to producing The Hunger Games.

As a successful woman in an industry heavily occupied by men, Nina is thrilled to exemplify a move towards feminism and gender equality, and she is excited to see how The Hunger Games has helped shift that trend with female protagonist.. Inspired by Nina, Jennifer Lawrence is taking strides with her own production as well, and Nina even says Jennifer has encouraged Nina, likewise, saying one of the nicest things anyone has ever said to her.

For the full interview, be sure to check out Film Ink’s website here.