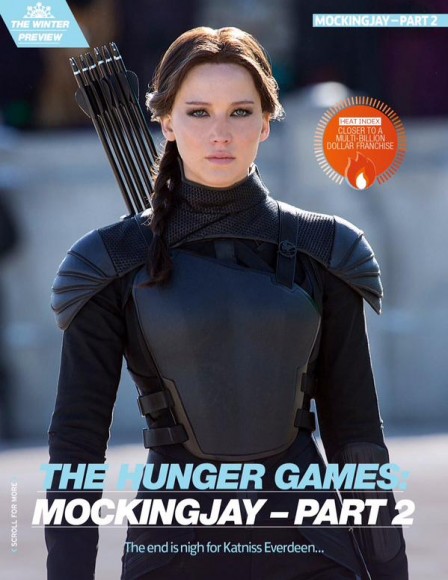 Total Film has featured The Hunger Games: Mockingjay Part 2 in the Winter Preview of their latest issue and those lovely folks over at Panem Propoganda have these scans. First up is a completely badass new still of Katniss Everdeen in Mockingjay gear. We also have an interview with Sam Claflin where film quotes pose as questions. Sam talks about filming the last movie in the series and more tales of the now infamous story of Francis Lawrence taking the cast to an Atlanta strip club. Scroll down for both scans: 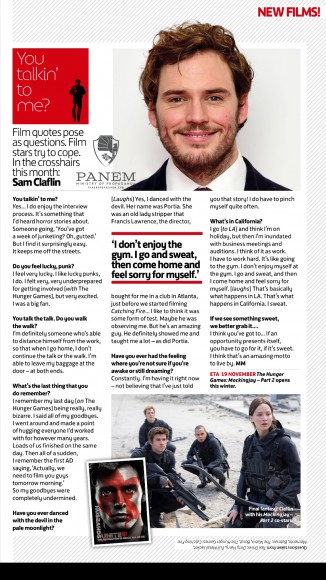 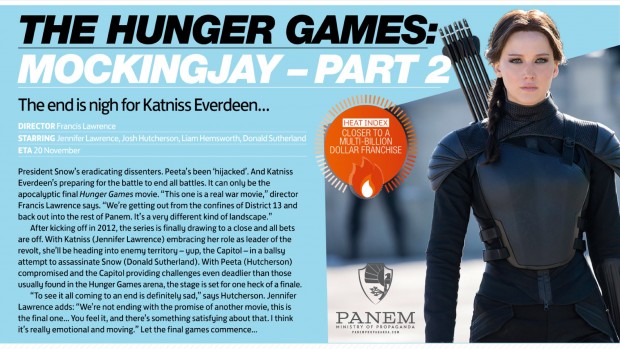 Thanks to Panem Propoganda!