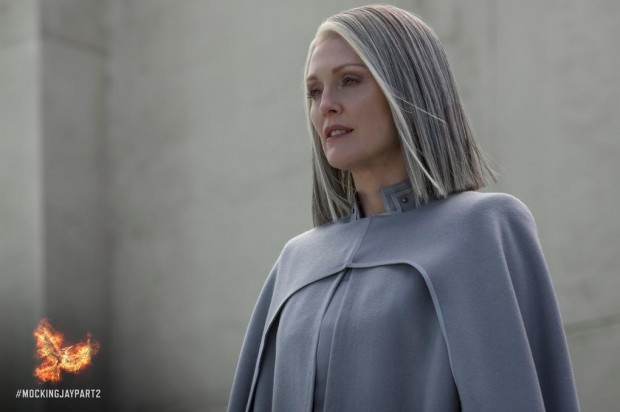 The Hunger Games’ official Twitter is running a poll this week where you can vote for which still from The Hunger Games: Mockingjay Part 2 you want to be released. Recently asking which ruler seeks more power President Snow or President Coin, the public have spoken and we now have this brand new still of Coin. So it’s a little similar to one already released showing Coin standing in front of blue banners, so we’re guessing this is towards the end of the film.

You can now vote for the next released still of either Prim or Mrs Everdeen:

The two most important women in Katniss' life. Which NEW Everdeen image from #MockingjayPart2 would YOU like to see?