CONFIRMED: Main Cast, Director and Producers to Be Present at Berlin World Premiere 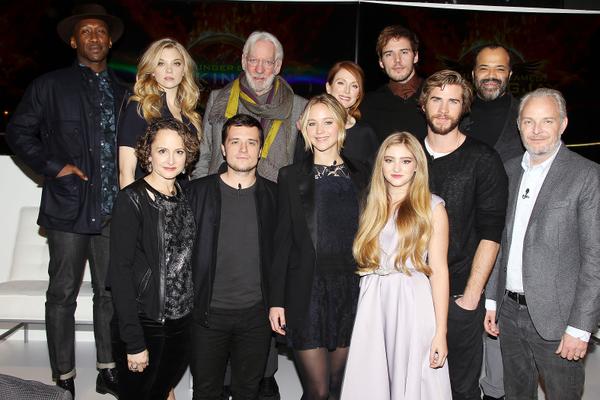 Great news for the German fans! The PR firm in charge of the Hunger Games: Mockingjay Part 2 World Premiere in Berlin has confirmed the list of cast and crew members attending the event, and it’s a long one.

If you’re lucky enough to be present at the premiere, you’ll get to meet (or at least see) all these lovely folks:

Willow Shields might attend as well, but as of now it’s still unconfirmed. But either way, that’s quite the list!

If you plan on being at the premiere, comment and let us know. Jabberjay Vivien is going to be there, so be sure to say hi and maybe grab a Jabberjays.net bookmark! Only a little bit over two weeks to go now.