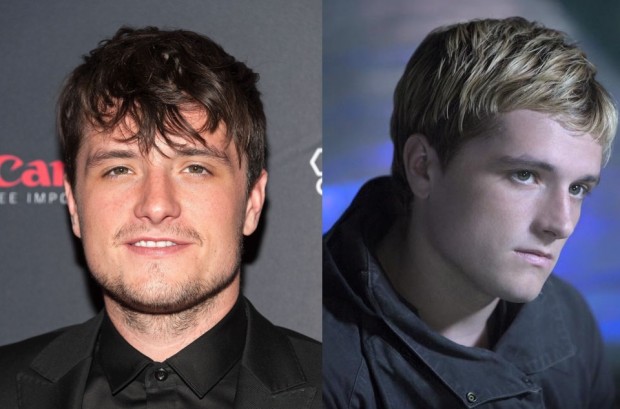 While promoting new short movie The Rusted, produced by and starring himself and Jena Malone, Josh Hutcherson spoke to TIME about putting The Hunger Games behind him and looking to the future. Josh talks about the process of making The Rusted with Project Imagination and Ron Howard, what kind of stories he was looking for, the easier access for people to have their work scene in this online age, working with his mom, the difficulties of telling a character story in 15 mins, his ambition to direct, working with James Franco and, of course, talking about our favourite baker:

How does it feel to be getting ready to say goodbye to Peeta and your Hunger Games family?

It’s a mixed feeling. It’s a big part of me, and I’m going to miss shooting the movies, because it’s the most fun. We became so close throughout this last half a decade together. But I’m ready for the next thing. It’s been four and a half years, and every year you shoot a movie, you have three and a half weeks of obligated press, so it’s been a big commitment. It’s nice to have my freedom back. I say it’s 50-50, half excited to be moving onto the next thing, and half bummed to not be making more of these movies.

Is there any sense of relief or excitement about being able to establish yourself apart from this role that you’ve come to be so closely associated with?

Definitely, there is. And there’s also a fear, too, that people have you stuck in that role for the rest of your life. It’s hard to break away from it, but it’s exciting, especially after a franchise like this that’s been successful, to take that enthusiasm that people have about you and get to express yourself and do what you want to do. Right now I’m being really selective about which projects I want to do because I can be. It’s cool to get to redefine yourself.

You can read the whole article over at TIME and you can watch The Rusted below.

Ciara works as a Script Supervisor, part-time film reviewer and full-time cinematic nerd.
@@Kiwimci
Previous Scans of Mockingjay Part 2 Article in Cineplex and New Promo Image of Katniss on the Cover
Next Sam Claflin on Finnick, Hunger Games, Philip Seymour Hoffman and the Downside of Fame