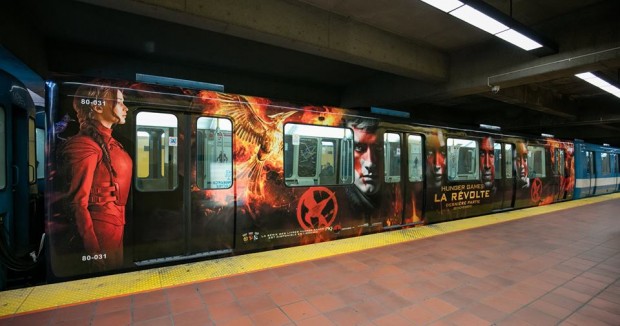 If you happen to live in Montreal or nearby, you will sure want to use the Montreal Metro in the next month. Les Films Séville, which distributes the movie in Quebec, decided to promote the movie in a big way: they gave one of the cars that ride the Green Line a Hunger Games makeover.

The car was first seen on October 26th, 2015, and will be in the Metro system for 4 weeks, according to the official French Canadian Facebook page. A thousand copies of Mockingjay were also given away to users for the launch. 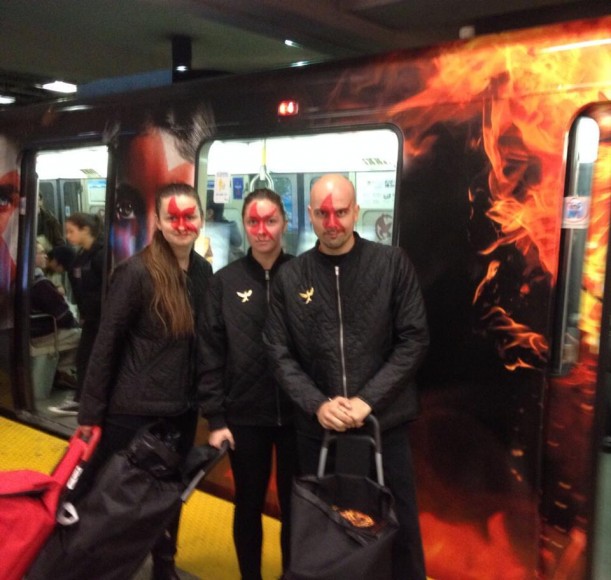 Did you have the chance to see the car? If so, let us know below! It really seems awesome, I might go if I can find the time!