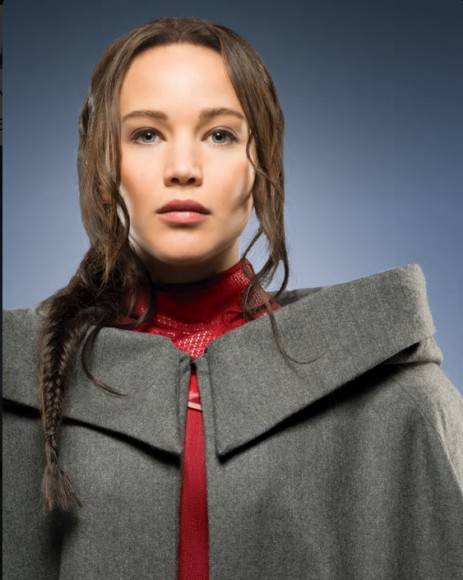 Katniss Everdeen graces the cover of Cineplex magazine in a new promotional image from The Hunger Games: Mockingjay Part 2. Snapped by Tim Palen, The Girl on Fire is wearing the red mockingjay outfit and cape featured in the tease for District 13’s Unite propo. 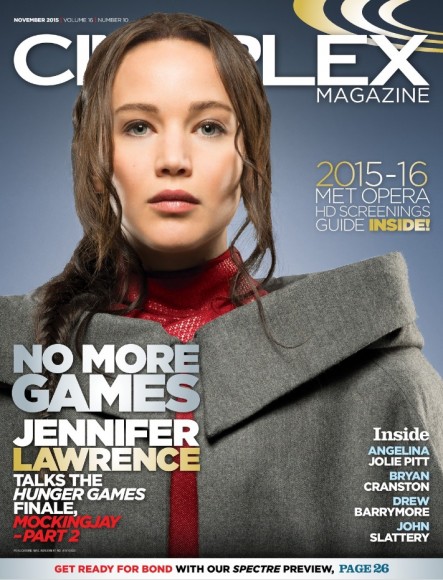 The article begins by reminiscing of when Jennifer Lawrence geeked out while meeting Bill Murray at last summer’s San Diego Comic Con and how she admitted to sending Woody Harrelson drunk emails about Murray. Cineplex talks about her huge following, down-to-Earth behaviour and lack of filter while talking to the press. In case you didn’t realise: it’s kind of easy to fall a little bit in love with Jennifer Lawrence. The interview snippets from Jennifer Lawrence, Josh Hutcherson and Liam Hemsworth are drawn from their Comic Con press conference last July, talking about Katniss growing in to her role, hoping that the film will be thought provoking for a young audience, the difficulty Jennifer has keeping a straight face while acting with Josh and Liam’s assurance of what an emotional and wonderful time he has had filming The Hunger Games series with his buddies.

Cineplex is on newsstands now. Thanks to @j_lawperfection for nudging us in the right direction!