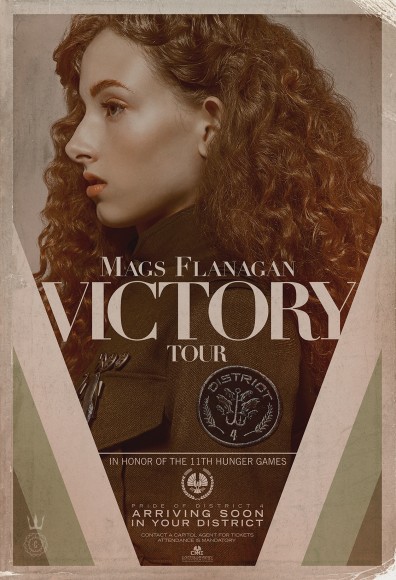 In what is hands down one of the coolest things Capitol Couture has posted, we now have two vintage posters from the 11th Hunger Games Victory Tour featuring “Mags Flanagan” from District 4. If you’re not sure whether this is the Mags we know, calculating the difference between the 75th and 11th Hunger Games and assuming Mags won when she was around 16, that would make her 80 years old during the time of the Quarter Quell.

Mags Flanagan, immortalized here as a young woman, looks as fierce and tenacious as ever. Her triumphant win in the 11th Hunger Games made her a household name and Panem’s sweetheart for years to come. It’s incredible to think this stoic girl is the same woman that smiled so warmly and fought so valiantly alongside Katniss Everdeen in the 75th Hunger Games. 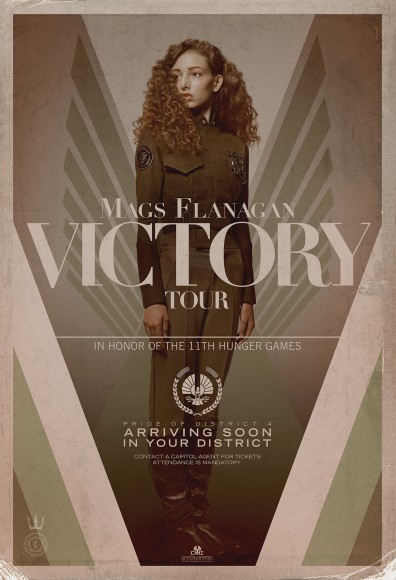 This is the second set of posters released from the Capitol Archives, but the first is a victor that we don’t recognize from the books. Let us know your thoughts on these posters and the fact that we now know Mags’ last name!