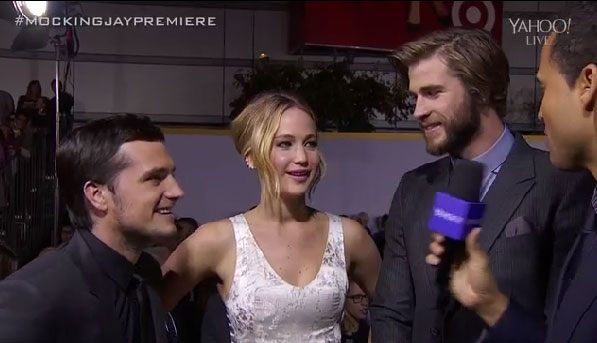 Contrary to an initial report from a Southern California ABC news station, the red carpet premiere for The Hunger Games: Mockingjay Part 2 in Los Angeles has NOT been cancelled. A press release went out today to news outlets informing them that out of respect for the tragedy in Paris, France, Lionsgate has cancelled all press interviews.

The red carpet will go on as scheduled out of respect for the fans, some of whom have traveled thousands of miles to attend the last premiere of the Hunger Games franchise.

A 40-year-old mom to three living in Honolulu, Hawaii, Crystal Watanabe is a full-time freelance fiction editor.
@pikko
Previous JabberCast Episode #28 – The Wait Is Coming To Its End
Next Jennifer, Josh, Liam on Fans, Friendship, Sewers and Why Liam is Called ‘Tilikum’