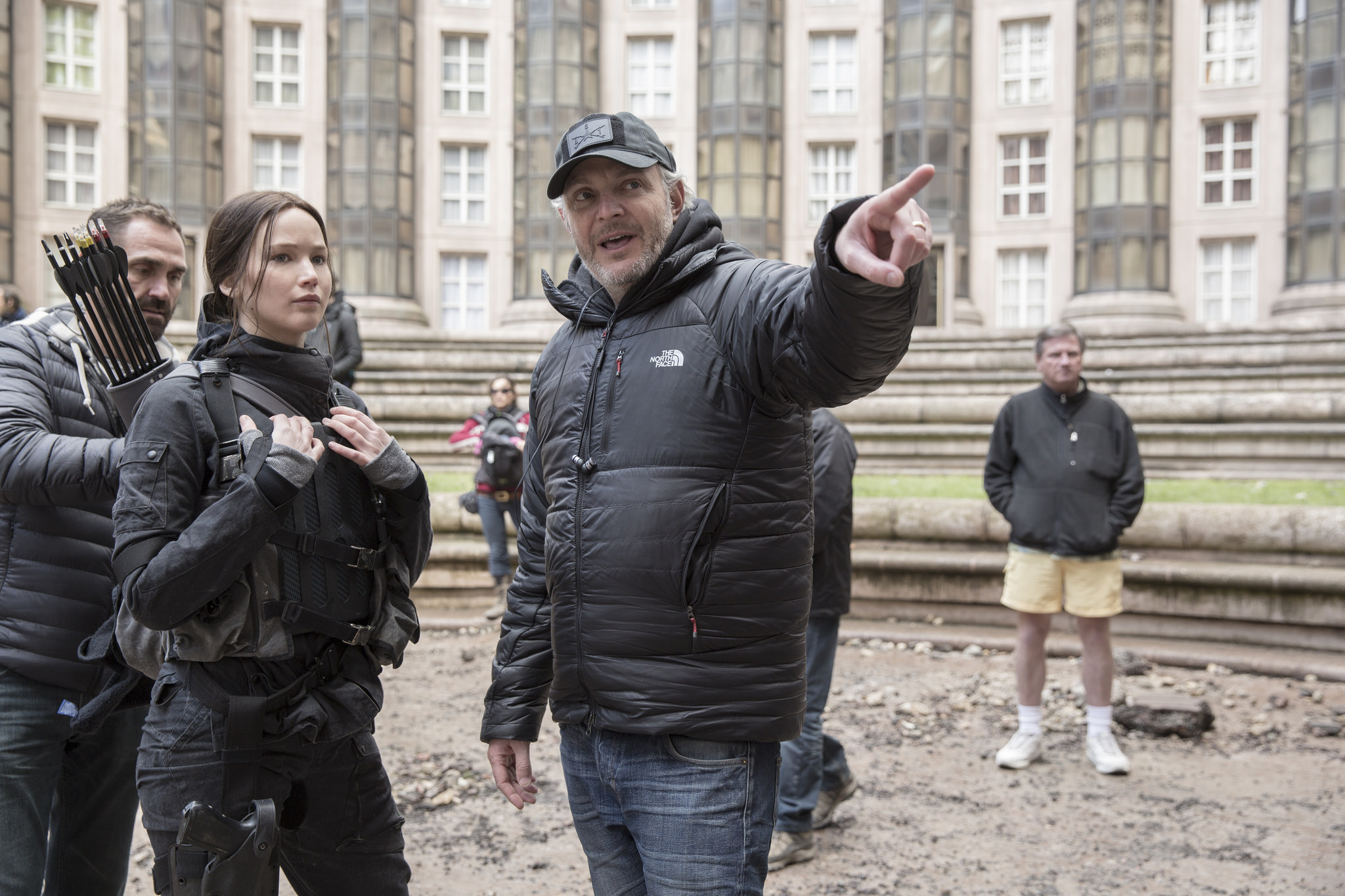 Empire have an interesting interview with director, Francis Lawrence, about bringing this epic story to a close with The Hunger Games: Mockingjay Part 2. Here are a few extracts from the exchange:

Katniss goes through a huge amount of trauma in the film. With all that emotional baggage to carry, how did you settle on a mood for the film that wasn’t overwhelming?
It comes from a character perspective. Jennifer [Lawrence], the author Suzanne [Collins], Nina [Jacobson] the producer, and I made very specific decisions that this was about a girl falling apart. She’s been so traumatised and gone through so much loss that she’s kind of unwinding, in the sense that she almost stops feeling things. That really helped ratchet up the emotional catharsis – especially towards the end of the film, when it all finally comes out, and she’s able to start to heal.

How involved was Suzanne Collins involved in the process?
Suzanne is very involved. When I was hired for Catching Fire, she was one of the first people I went to go meet with. I spent three days with her and created the beat-sheet for what we wanted the movie to be with the writer. She really helped guide the process and was a great collaborator. Because that went very well, we did the same with the Mockingjay movies. She was involved all the way through.

There are obvious parallels with this film and recent real-life revolutions around the world. How does it feel to have, for example, protesters in Thailand adopting the Hunger Games salute as part of their movement?
Well, Suzanne is just writing about things that have been happening for thousands of years. Conflicts where both sides are a bit questionable and violence is everywhere – it’s nothing new. It gets a little more modern when you start talking about the media and entertainment and the manipulation of people for the sense of celebrity. But it feels very reflective of certain parts of society now. So to see imagery and iconography from the movies then get used in those situations – like “If we burn, you burn with us” in Ferguson, or the three-fingered salute in Thailand – it’s like art-imitates-life-imitates-life again.

Why does Jennifer dislike rehearsals?
She’s very instinctual. The way we work is: she reads the script, we sit down, I talk her through what I consider her character’s arc is. We talk about the meaning and subtext, then we come to an agreement, and on the day it’s my job to locate her within that path, and that’s her. She’s just such a feeling, instinctive person that she can just put herself in that scene. It’s always surprising and pretty astonishing.

That is just a snippet. You can read the entire interview at Empire. Francis also talks about the difficulties and overall benefits of filming Catching Fire and the Mockingjay movies virtually back to back, about Philip Seymour Hoffman’s acting style and how much he learnt from him, the pressure and support from the fanbase, his belief that the Divergent series doesn’t match The Hunger Games and why dystopia is all the rage in YA.