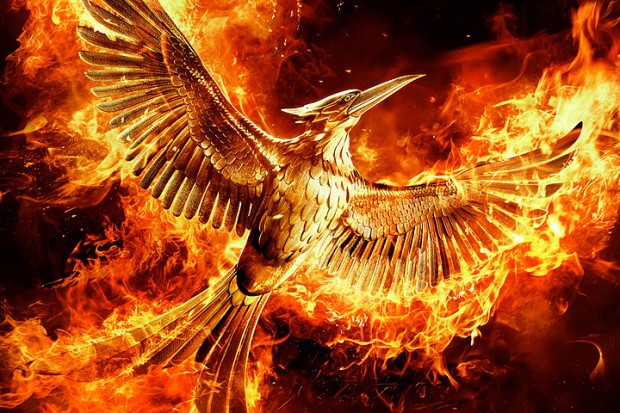 Deadline reports that in Germany, one of the biggest international markets, Mockingjay Part 2 has already made $1.5M on 621 screens, which is a whopping 42% higher than Part 1’s intake for the same period last year. This also represents the biggest preview totals for a Lionsgate movie EVER in this country. Several other territories are also seeing an increase from last year’s numbers, namely Brazil with $1.18M (6% higher), the Netherlands with $531K (9% higher) and Belgium with $330K (3% higher). We have no numbers yet for other major markets, but advance sales in the UK suggest that the numbers will also be higher than last year’s over there.

The one territory where the box office is doing slower than expected is, of course, in France, where the movie has made $205K, coming in about 20% under the numbers for Part 1. This is understandable, as the country as a whole is still recovering from the terrorist attacks in Paris last Friday. We’ll let you know more about how the film is doing in France as time goes on.

The movie has already opened in most of the European territories, and will open tomorrow in other countries such as Mexico, China and Japan, alongside the United States. It should be noted that this is the biggest global opening ever for Lionsgate, hitting over 33,000 screens in 87 territories (all the major ones except Spain). This is a major expansion when compared to Part 1, which opened last year on nearly 18,000 screens in 85 territories.

Early estimates say the movie should make around $121M domestically on its opening weekend, and somewhere between $165M-$185M overseas for a $285M-$305M global take. Box Office Mojo analysts predict a domestic opening weekend of around $127M.

Do you think these numbers are a good indication that Part 2 will surpass Part 1 totals internationally? What do you think that says about the global opening weekend possibilities for the movie? We’ll be back with another Box Office Update tomorrow when the first domestic numbers come in, but for the moment be sure to stop by the comments and tell us what you think.

Carla Pinilla is a 34-year-old Chemical Engineer from Panama city, Panama. A consummate fangirl, she spends her time reading, writing (mainly fanfiction), or watching way too many TV shows.
@https://twitter.com/girls_are_weird
Previous POLL: What Is Your Ranking Of The Hunger Games Movies?
Next ‘The Hunger Games: Mockingjay Part 2’ Score Track List Now Available