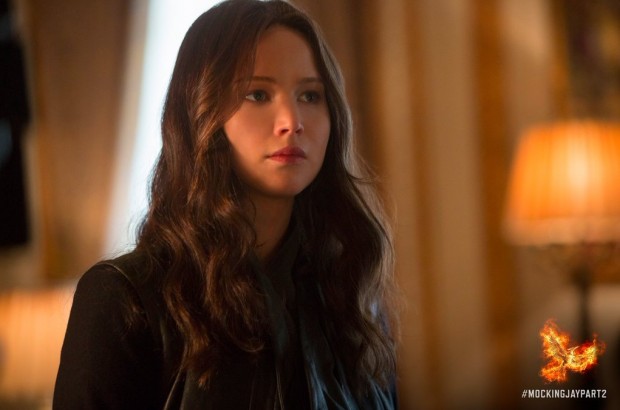 Friday box office numbers are out and it’s not looking great, guys: estimates tell us The Hunger Games: Mockingjay Part 2 made $46M on Friday night. For any other movie this would be a massive accomplishment, but in this particular franchise the bar is raised way higher, and the first conclusion everyone goes to is that it made over $9M less than Mockingjay Part 1 last year.

According to BoxOffice.com, this slight fall in Friday gross has caused them to adjust their opening weekend projection down to $100M for the film– which is no mere change, of course, but it’s $20M lower than early estimates suggested and would make this the lowest opening weekend for the entire franchise.

The film still appears to be doing decently otherwise, hanging on to a 70% fresh rating in Rotten Tomatoes with an average audience rating of 4/5, plus a CinemaScore rating of A-. And whether it makes those $20M to match Part 1, it’s still going to be one of the highest-grossing movies of the year. But we can push it a little bit higher, guys. Be sure to go watch it multiple times, tell all your friends to go and check it out, and spread the word of how awesome it is!

If you’ve already seen the movie, comment and tell us how the experience at the theater was for you. Was your theater full? Was there a line to get into the theater? Did the people around you seem engaged in the movie? We want to know, so be sure to tell us in a comment. And once again don’t forget to stop by our spoilers discussion post to chat with your fellow fans about all the little details of the movie!

Carla Pinilla is a 34-year-old Chemical Engineer from Panama city, Panama. A consummate fangirl, she spends her time reading, writing (mainly fanfiction), or watching way too many TV shows.
@https://twitter.com/girls_are_weird
Previous ‘The Hunger Games: Mockingjay Part 2’ Soundtrack Available for Pre-Order on Amazon
Next VIDEOS: Josh and Elizabeth on Live with Kelly and Michael, Sam on The Talk