Box Office Update: MJ2 Is the No. 1 Movie in the World with $247M Opening Weekend 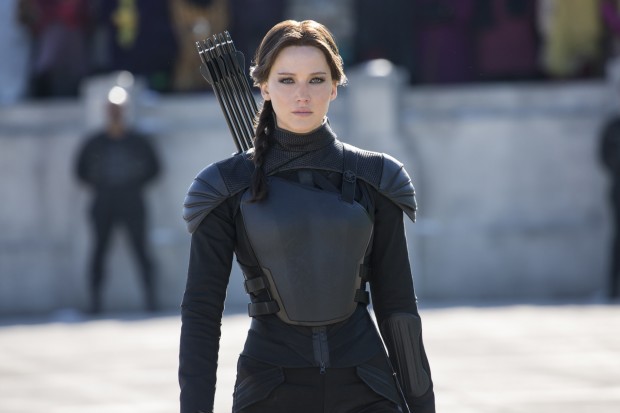 Opening weekend estimates are out and The Hunger Games: Mockingjay Part 2 has claimed the no. 1 spot on the domestic market, making $101.3M across the three days plus preview night. This is the fifth-largest debut of the year so far (below Minions, Furious 7, Age of Ultron and, of course, Jurassic World), but it also makes it the lowest opening weekend of the entire franchise, a 17% lower intake than Part 1’s $121.9M opening last year.

The total includes the reported $16M from Thursday night preview screenings, $30M from Friday, $33.7M from Saturday and an estimated $29.3M on Sunday.

While experts speculate that a lower opening weekend might mean that this movie has better legs than its predecessors in the long run, it must also be taken into account that it’s facing much tougher competition from Star Wars: The Force Awakens than the previous two movies had against the Hobbit films. Therefore, the hope is for it to get as much money in as possible before that behemoth opens in mid-December. We’ll have more of an idea of how things are going to go next weekend, with hopefully a low 2nd-weekend drop (both Mockingjay Part 1 and Catching Fire dropped around 53% from the first weekend to the second).

The film is doing much better overseas, although it’s still coming in below expectations. It accumulated a total of $146M from 87 foreign markets, taking the no. 1 spot in all but 7 of them. The highest-grossing markets were the UK/Ireland with $17.1M, China with $16M, Germany with $14.4M, Mexico with $8.7M and France with $7.1M, which seems better than many of us expected given the awful events that took place there over the previous week.

These international numbers push the worldwide opening weekend total to $247M, making it the third-lowest worldwide opening weekend of the franchise, some $36M higher than The Hunger Games. This is a pretty disappointing result, as Part 2 is benefiting from IMAX and 3D ticket scales, neither of which was available for Part 1 last year, along with the fact that this debut includes China, which Part 1’s opening weekend did not include. So not only is it making less money than Part 1 did at the same point, but it’s making less money even when it has the advantage. So we’ve all got our homework set for us, people: go watch the movie as many times as you can, no matter where you are!

If you’ve already been to see the movie multiple times (go you!), be sure to comment and tell us if the experiences in the theater were any different as far as the number of people or their excitement levels go. What do you think could be some reasons for this box office drop from last year? We welcome all discussion so drop by our comments section and tell us what you think.

Carla Pinilla is a 34-year-old Chemical Engineer from Panama city, Panama. A consummate fangirl, she spends her time reading, writing (mainly fanfiction), or watching way too many TV shows.
@https://twitter.com/girls_are_weird
Previous ‘The Hunger Games: Mockingjay Part 2’ DVD/BR Available For Pre-Order
Next The ‘Deep in the Meadow’ Remix: I’m In Your Lullaby, Killin’ Your Feels