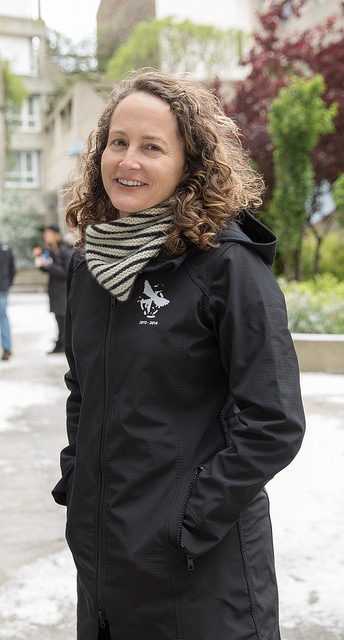 Nina Jacobson responded to queries posed by the public on question and answer site Quora yesterday. Here are some compelling insights from her time producing The Hunger Games film series:

What’s it like to work with Jennifer Lawrence?
Jen is every bit as fun to work with as she seems like she would be. She is not a method actor, which means that she doesn’t need to stay in character between takes. She can (and does) go from being a total goofball one minute to delivering a jaw dropping emotional performance the next. Its kind of a freak of nature thing to watch. She’s very close with her costars and with Francis so she spends a lot of time just hanging out. She also reads a lot on set (like I do) and is always looking for a good book recommendation.

What was the decision making process for dividing Mockingjay into two movies?
We obviously talked about it a lot. There are obvious financial advantages to having 4 movies instead of 3 but we didn’t decide to do it until we reached a place where we felt, creatively, that we needed two movies to properly conclude the series. We discussed it at length with Suzanne Collins and came to the decision that the first movie would be about the propaganda war and Katniss’ quest to rescue Peeta. The second movie would be about a real war and Katniss’ drive to assassinate President Snow. Once we thought about it in those terms, it became hard not to see one movie as rushing through the ideas and storylines that we wanted to explore. We also felt that, in one movie, Peeta would not have time to truly be lost and then recover. We were afraid that, if we rushed through his story, neither he nor his relationship with Katniss would feel as though they were in any real jeopardy. We wanted the the end of Mockingjay to be emotional and cathartic and we had a lot of ground we wanted to cover narratively and thematically along the way. Ultimately, we felt we needed two movies to accomplish our objectives.

Do you have any funny stories or favorite memories from working on the Hunger Games movies?
We had so many laughs and great times making these movies that it’s hard to find just one. We loved shooting on location together as a group. We would go out a lot and enjoy food and music in Atlanta, Hawaii, Paris and Berlin. We had a bunch of major laugh out loud moments on set. When Peeta proposed to Katniss in Catching Fire on Ceasar Flickerman’s show, he dropped to one knee and split his pants while we were filming. That was classic. But, I also just loved the day to day of the experience. Sitting with Francis every day, watching dailies (playback of film that we shot the day before), talking about the movie we were making. I loved the script meetings with Suzanne Collins whenever we would have a major breakthrough. I just felt so lucky to be making these movies that I enjoyed a lot of the everyday moments as much as the big highs.

What were the biggest concerns about adapting the Hunger Games to a movie franchise?
My biggest concern was that the movies never be guilty of the sins of the Capitol. We had to walk the razor’s edge that Suzanne walked in the books where she was able to explore the consequences of violence and the exploitation of violence as entertainment without ourselves exploiting violence as entertainment. The movies needed to find a tonal bandwidth in which we neither pulled our punches nor commercialized brutality.

She also discusses her role as a very creative producer, how Jennifer Lawrence has developed as an actor over the past 4 films, why actresses are paid less, has the movie industry changed for women working within it, the tragic loss of Philip Seymour Hoffman mid-shoot, whether or not it is harder being a female producer and what are the chances of another Hunger Games film after the Capitol has fallen.