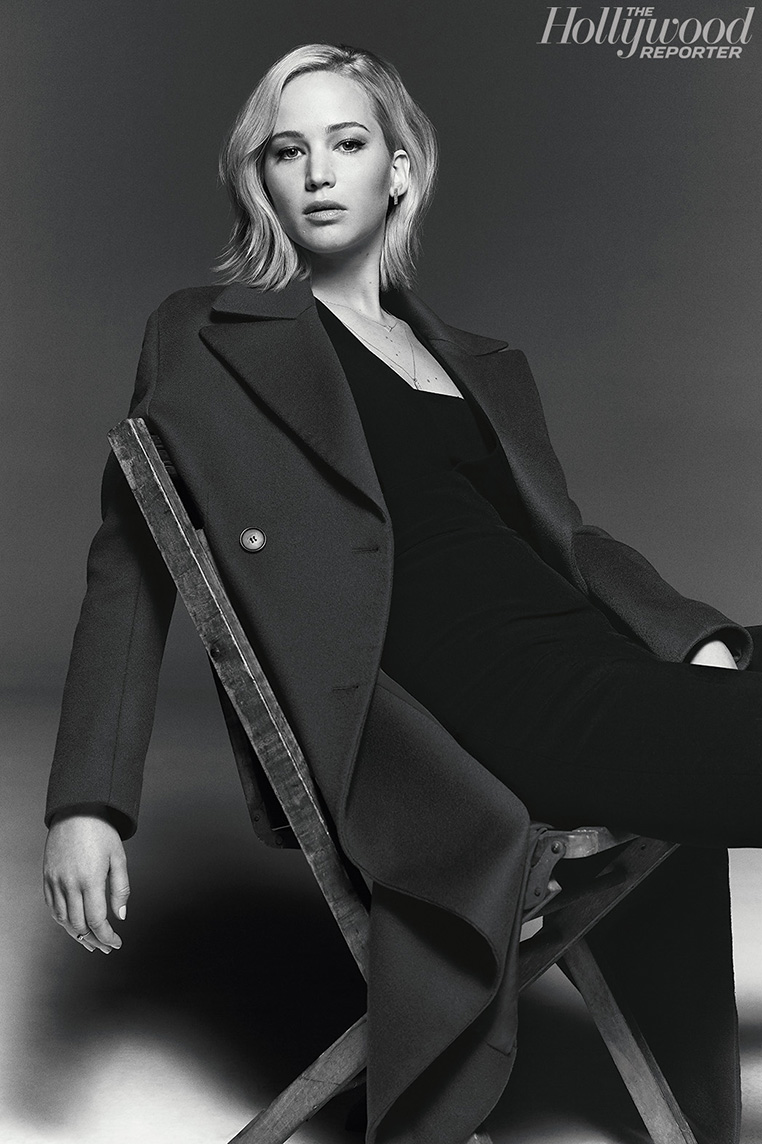 The Hollywood Reporter has compiled a Women in Entertainment Power 100 list. Included on the list is Hunger Games producer, Nina Jacobson:

The final installment of the $2.7 billion Hunger Games franchise debuted behind expectations in November, but it remains a box-office giant with a global total of nearly $450 million to date. Jacobson now is moving into TV with American Crime Story: The People v. O.J. Simpson, produced with Ryan Murphy, premiering on FX in early 2016. On the film side, she’s making Richard Linklater’s Where’d You Go, Bernadette (Cate Blanchett will star) and The Goldfinch, based on Donna Tartt’s Pulitzer Prize-winning novel.
INDUSTRY PET PEEVE: “If you don’t like something, just go ahead and say it. Don’t give a vague, euphemistic, avoidant answer in some flowery language I don’t understand.”
WHAT I WISH I KNEW WHEN I FIRST STARTED IN HOLLYWOOD: “You can bounce back.”
WHAT PEOPLE DON’T KNOW ABOUT ME: “I have a horse I hardly ever ride. I keep it in Malibu.”
AS A WOMAN IN THIS BUSINESS, I’M STILL SURPRISED WHEN …:”People act surprised that movies starring women are so successful.”

Elizabeth Banks is praised for her feature-length directorial debut, Pitch Perfect 2 and her dedication to encouraging more women to step behind the camera:

After the Universal sequel went on to earn $286.6 million worldwide, directing offers started rolling in, and Banks signed on to helm a new Charlie’s Angels for Sony.
“The original ethos of women who graduated from the police academy, and then were given the jobs of crossing guard and meter maid, I feel like that’s still very real in the world right now,” says the star, who also is attached to direct and produce the adaptation of YA hit Red Queen, a book she became interested in after starring as Effie Trinket in the Hunger Games franchise. Banks also will return to direct Universal’s third Pitch Perfect film, slated for release in July 2017.
“I definitely feel a responsibility to advocate on behalf of other women getting behind the camera,” says Banks, a mother of two boys.

“I’d like to play more lead roles,” she says, “which is such a ridiculous thing to say now that I’m not 26 and an ingenue. The ingenues usually have to play with the boys, and I’m much less interested in being the support system for a man in a movie.”
WHAT I WISH I KNEW WHEN I FIRST STARTED IN HOLLYWOOD: “How to dress better.”
SUPERPOWER I WISH I HAD: “Invisibility”
THE HOLLYWOOD CAREER I COVET: “Tom Hanks”
FAVORITE TV SHOW (THE I’M NOT INVOLVED WITH): “Game of Thrones”
INDUSTRY PET PEEVE: “I have many, but I don’t think there are any I’m willing to say as I’m an employee most of the time.”

And of course, top of the A-list, Jennifer Lawrence is included:

As if biggest star in Hollywood wasn’t enough, Lawrence added advocate to her resume in October when she authored a defining essay on gender pay inequality in Hollywood, published in Lena Dunham’s newsletter, Lenny. The actress was moved to speak out after learning what her male co-stars in David O. Russell’s 2013 film American Hustle earned. “When the Sony hack happened and I found out how much less I was being paid than the lucky people with dicks, I didn’t get mad at Sony. I got mad at myself,” wrote Lawrence. “I failed as a negotiator because I gave up early.” She wouldn’t make the same mistake twice. In fact, for Sony’s forthcoming Passengers, she commanded a hefty $20 million — more than co-star Chris Pratt is earning for the space romance, set to hit theaters Dec. 21, 2016. It’s been a year of endings for the star, between Mockingjay — Part 2, the final title in the Hunger Games series, and her last X-Men movie, X-Men: Apocalypse, due in theaters in May.

THR also sites her plans to direct Project Delirium, her upcoming, Oscar buzzed role in Joy and being the face of Dior.

You can read the entire Power 100 list at The Hollywood Reporter.