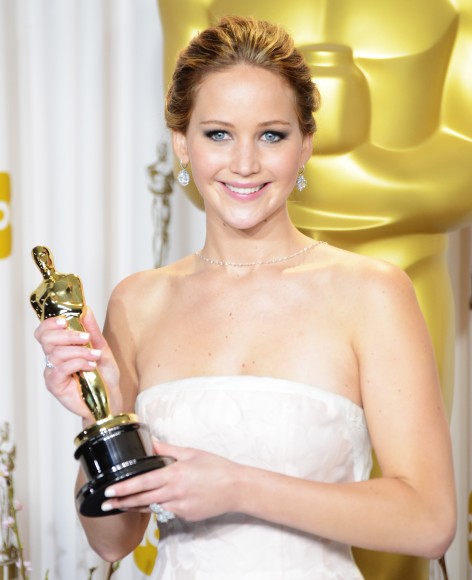 The nominees for the 88th Academy Awards were announced just this morning, and once again Jennifer Lawrence was honored with a nomination in the Best Actress category for her role in Joy. She faces some tough competition, which you can see in the picture below:

This is the fourth Academy Award nomination Jennifer has received through her career (three for Best Actress and one for Best Supporting Actress), and if the Academy members choose her, it could be her second win.

Congratulations to her on this honor, and best of luck on Oscars night! The 88th Academy Awards ceremony will take place on Sunday, February 28th at 7 pm ET/4 pm PT, and it will air live on ABC.