With the March 22nd release of The Hunger Games: Complete 4 Film Collection, we are getting some amazing tidbits that should have been released years ago. Apparently, the DVD extras are enough to send us in another upward spiral, reigniting our old obsession with the franchise. Most of us have our favorite Hunger Games book or film, so never before has one movie collection’s release been as big as this for tributes across the board.

Yahoo.com released a prequel-if you will-to a scene that made the final cut of The Hunger Games, only here we get a little more insight into Snow’s disapproval to the influence Katniss has, even charming the head game maker, Seneca Crane. Below is the scene transcribed as it unfolds, leading into the “Underdog” sequence. 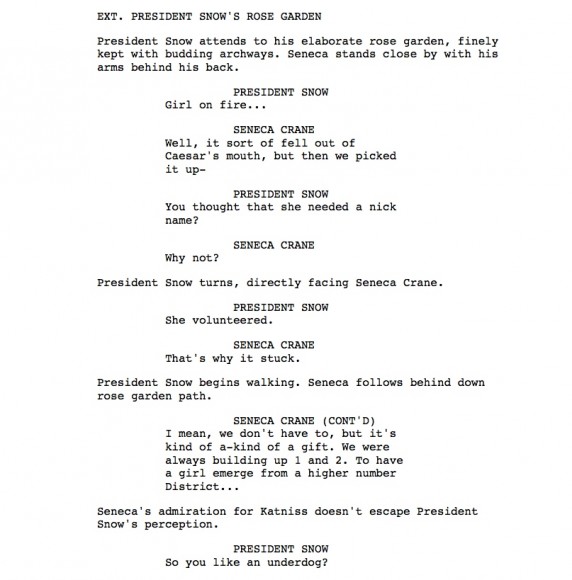