Review: Is Angelfall the Next Twilight or Hunger Games?

Crystal Watanabe Archive January 3, 2013 Reviews Comments Off on Review: Is Angelfall the Next Twilight or Hunger Games? 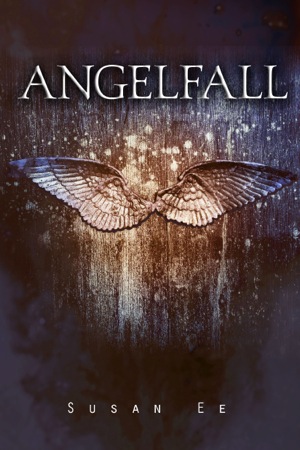 When a book series you love comes to an end and doesn’t seem to have any future content coming in the near future, you naturally look around for the next great series. I’ve been searching, probably along with the rest of you, for the next book series that will launch into superstardom in the publishing world. I’ve read quite a few Young Adult novels, many of them dystopian, others not. Uglies was good, but not great. Despite the flurry of excitement over Divergent, the series just never grabbed me and I never went back to it. It was the same with three other popular up-and-coming YA titles that I read and didn’t really love.

Like millions of people out there, I went through a Twilight phase. It was pure escapist fantasy and a great short term obsession. Then I was introduced to The Hunger Games and I quickly got over Bella and Edward. Katniss was so much more interesting. Smart, politically aware, and responsible. I finished City of Bones recently and really enjoyed it, enough to be very excited for the movie this year, but it just wasn’t quite enough to truly get my book blood running.

Then along came a Google Alert touting Angelfall by Susan Ee as the “next Hunger Games”. I rolled my eyes. Everyone loves to call something The Next Hunger Games. Agents and publicists seem to fling the phrase “If you loved The Hunger Games you’ll love…” around without a care in the world. But the book was only $2.99 on Amazon, so I picked it up and let it sit on my Kindle, figuring there was no rush starting yet another book about a teenage girl living in a dystopian world.

On New Year’s day, I was bored, so I flipped through all my unread Kindle books and started on Angelfall. By the next morning, I was done. I’m pretty sure if I hadn’t been so exhausted from our New Year’s party that I’d have finished it the same day. The parallels to Katniss are pretty evident. Set in the Silicon Valley area of California, 17 year-old Penryn Young is about to go outside with her wheelchair bound little sister Paige and her mother, who has long suffered from paranoid schizophrenia. So right there we’ve got a teenage tough girl protecting her little sister and taking care of her mentally ill mother. Sounds pretty familiar, right?

Only when Penryn goes outside, we find out that six weeks ago the world was mostly destroyed by angels who descended from the heavens and began razing whole cities to the ground. Gangs have taken over the streets of the city surrounding her condo and they’ve stayed in their condo for too long already. The trio is on the freeway making their way through a maze of abandoned cars when a vicious fight between angels breaks out in front of them. As one angel has his wings cruelly cut from his body, Paige makes a soft sound of sympathy, alerting them all to her presence. After telling her mother and Paige to run, Penryn tries her best to cause a distraction by saving the angel being cut, then runs after her family. Sadly, angered by her interference, the leader of the group of angels plucks little Paige right out of her wheelchair and flies off with her.

With nothing to do but save the injured angel from approaching gangs (who would sell off his body parts for goods) so that she can find out from him where to go to rescue Paige, she wheels him into an abandoned office building and waits for him to wake up. From here, Penryn’s adventure takes an interesting series of turns as she travels to San Francisco with the angel Raffe to find Paige, hoping against hope that she isn’t already dead or worse.

This book is very cross-genre friendly. Fantasy mixed with dystopian mixed with young adult with an unusual yet strong family dynamic. And Penryn is nowhere near as helpless as Bella. Because of her mother’s mental illness, she’s been hardened by the world long before the angels descended to wreak destruction. This has long been my problem with teenage female protagonists in other YA novels. We meet so many of them when they’re still naive, innocent, and relatively helpless. The appeal of Katniss was that we meet her when she’s already learned the hard lessons of her world and is ready to meet them head on. The same can be said for Penryn Young, which to me makes her exciting and interesting.

In my search for that next superstar series, Angelfall is the first book to make me think that this could be the one. Don’t get me wrong, the book isn’t perfect, but what book is? We all know that great writing isn’t necessarily what sells books (cough cough, Twilight/50 Shades) and I thought Susan Ee’s writing was well done, especially since this was originally a self-published e-book. Her book gained a fan following all on its own, which speaks a lot for the book.

You won’t find deep political messages in this one, but it’s wonderful escapist fantasy mixed in with real world situations that people could face in a post-apocalyptic scenario. It doesn’t hurt that Penryn travels with an Adonis-like angel either. I’m confident that fans of The Hunger Games and fantasy fiction would enjoy this just as much as I did. And as an added bonus, there’s no love triangle. I’m so over them.

The book gets graphically violent at times, with some very disturbing scenes, so I’d caution parents to read the book and determine appropriateness before gifting it to tweens or young teens.

The first five chapters are available for free on Susan’s blog, so feel free to check it out and see if you’d like to pick it up. It’s currently $5.79 on Amazon for the Kindle and $5.55 for the paperback from Barnes & Noble. If you end up liking the book, be sure to follow my new site Daughters of Men.

Book 2 of Penryn & the End of Days is due out this fall.