Apart from the trailer, a new still of Josh in his role as Nick was also released this week (Josh fans are sure to loooove this one!). 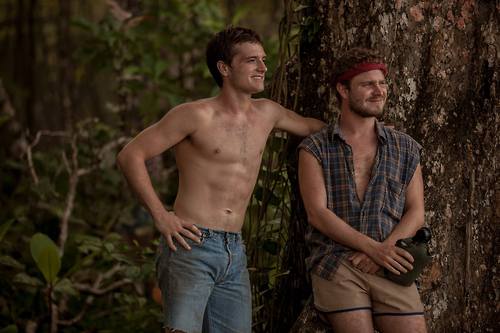 Paradise Lost, also starring Claudia Traisac, Brady Corbet and Benicio del Toro as Pablo Escobar, premiered at Telluride this past weekend, and is already getting very favorable reviews. Telling the story of “a young surfer [who] meets the woman of his dreams – and then he meets her uncle, Pablo Escobar,” the film is set for release on November 26th, 2014.

What do you think of this trailer and still? Are you excited for this movie to finally open in theaters? Tell us in a comment!