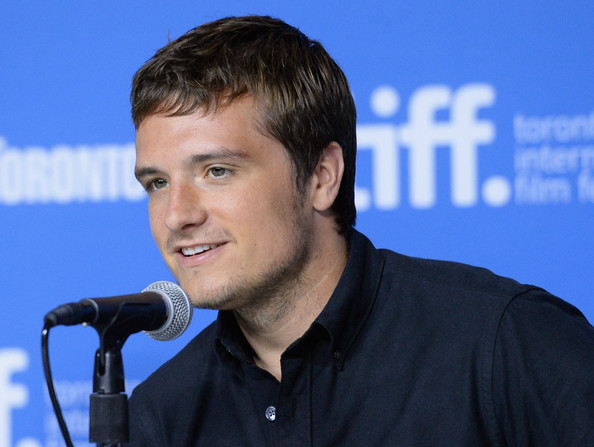 Josh Hutcherson, who is in Toronto for the TIFF, spoke with press recently, giving his reactions about the recent nude photo hack that Hunger Games co-star Jennifer Lawrence was a victim of and also revealing what scene was his last on the set of Mockingjay.

“It’s me putting Katniss out when she’s on fire. It was literally a camera looking up at me, I had a blanket and I was throwing it at the camera. It was definitely a bittersweet moment, but it was one of things where you finish it, and you’re like, ‘That was it. That was the last moment of all these movies.’ It really was anticlimactic!”

Those of us that have read Mockingjay know that the scene where Katniss is on fire is near the end of Part 2, when Katniss is burned after the parachutes at Snow’s mansion explode. While Peeta isn’t mentioned as putting Katniss out when she’s on fire, Katniss does mention that Peeta is also in the Capitol burn unit, so it’s not necessarily a change from the novel.

Peeta’s still in the burn unit. He made it to the City Circle after all.

Thanks to Lex for the tip!