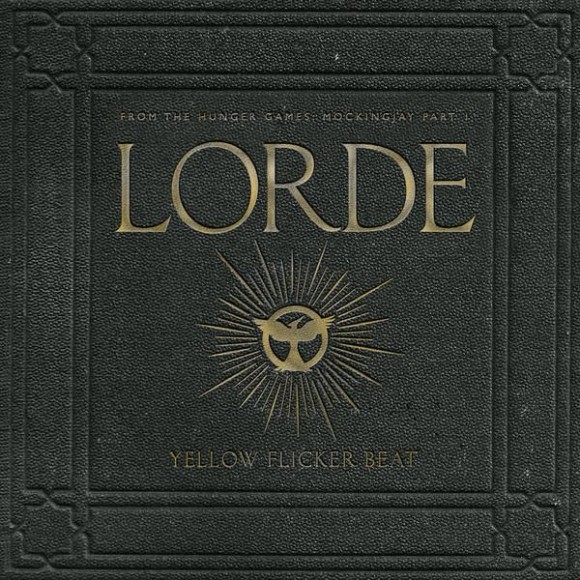 Finally some soundtrack news! (We’ve been wondering when we’d get some info about this).

Singer/songwriter Lorde, who is functioning as the curator for the Hunger Games: Mockingjay Part 1 soundtrack, has just announced via her Twitter account that her single for the soundtrack (which, you might remember, she recorded not too long ago) is titled “Yellow Flicker Beat,” and will be released on September 29th — yes, in exactly ONE WEEK!

You can see the cover art for it above, and dare I say, I like it a lot more than most of the single covers we had for the Catching Fire soundtrack, so as far as I’m concerned, the album is off to a good start already. What do you think of it? Are you looking forward to listening to this song? Tell us in a comment.