When Lenny Kravitz was in Atlanta filming The Hunger Games: Catching Fire, he was doing more than jamming with Woody Harrelson, Jennifer Lawrence, and Josh Hutcherson in his hotel room. He was writing the songs for his new album Strut, which is now available.

Kravitz has been out promoting the album, doing various performances such as one in Miami for WalMart’s Soundcheck. Click here to watch exclusive video of Lenny Kravitz as he talks about the “ungodly hours that actors work” when he was filming Catching Fire and watch him perform the song ‘The Chamber.’ While I haven’t been a fan of every hit single Lenny’s come out with, The Chamber is actually really catchy. Be sure to listen and tell us what you think. Soundcheck will be releasing his performance in three episodes, with the next coming on September 30.

Buy Strut from WalMart and you’ll get a digital copy of Lenny’s exclusive 6-song performance for WalMart Soundcheck along with a full digital download of the album.

In addition to the performance, WalMart Soundcheck is giving away a guitar autographed by Lenny. 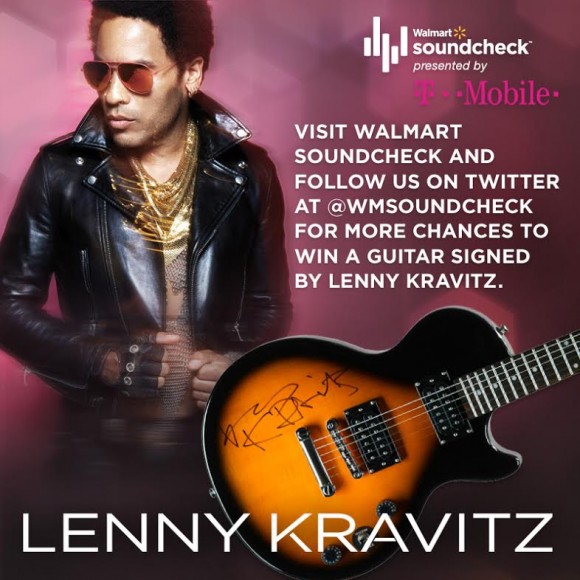 Today is Lenny Kravitz's birthday, so please join Jabberjays.net in wishing our Cinna had a very wonderful day!