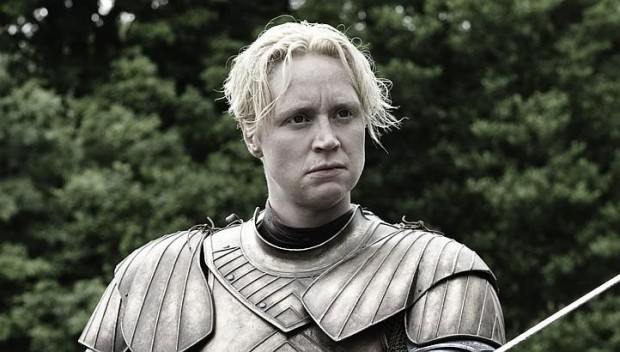 While it may be some time before we see Gwendoline Christie as Commander Lyme (we’re still not sure if she’s in Part 1!), rest assured that the Game of Thrones actress is thrilled to be a part of The Hunger Games.

“I’m so excited to be part of a franchise I’ve admired so greatly,” said Christie to the Belfast Telegraph. “And one that has such a strong, positive female central figure in the form of Katniss.”

Christie also had something mysterious and interesting to say about her character Commander Lyme. “She was one of the examples shown to Katniss and is now the rebel commander of District 2.”

Examples to Katniss? Any idea what this could mean, tributes? Lyme’s fate is never revealed in the book Mockingjay, and readers have always been left wondering what became of her. Is it possible she’s captured in Mockingjay Part 2 and executed as an example to Katniss? If so, how are we ever going to handle that on top of everything else in Part 2?

Gwendoline Christie, who will portray Commander Lyme in the Mockingjay films, is headed to a galaxy far, far away in the upcoming Star Wars: Episode VII.