Lorde Contacted ‘Mockingjay’ Soundtrack Artists by “DM, or a Selfie on Instagram” 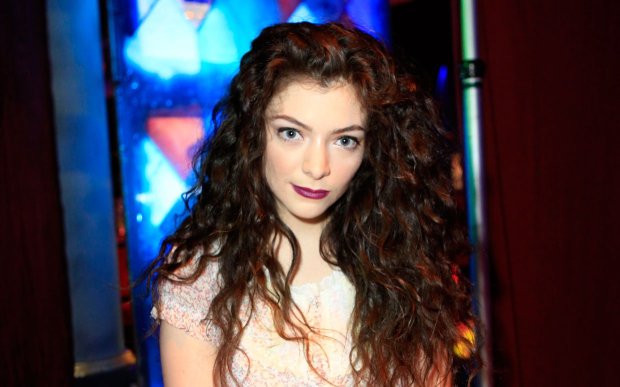 With Lorde’s popularity rising more and more each day, sometimes it’s easy to forget that she’s also a teenager, and as such is very much into the internet and social media. The young singer/songwriter spoke to New Zealand’s 3 News on the day of her concert at The Greek Theatre (where she played her Mockingjay song “Yellow Flicker Beat” live for the first time), and she revealed a detail that we, personally, found very endearing.

Well, this is that weird world you live in now where we’re so connected. Where you can see some kid on YouTube, then the next minute you’re hanging out. To me that’s crazy.

It’s pretty crazy. But I rely a lot on that in my professional life as well. I have been putting together The Hunger Games soundtrack and probably half the artists on there, I sent them a DM. Or a selfie on Instagram on private, saying, ‘Can you email me?’ It really is easy to reduce the steps in talking to someone and people appreciate it if you talk to people one-on-one. And I do it with fans too, send them a DM. They appreciate it and it’s cool.

Can you imagine being an artist and just getting a random DM from Lorde like “hey, do you wanna be in the Mockingjay soundtrack?” Just thinking about it puts a smile on our faces.

As far as how she’s putting together the soundtrack, she spoke about the vibe they want the album to have, and what “Yellow Flicker Beat” represents in terms of Katniss’ emotions.

Where do you begin? Are you just drawing up lists of names and people and…

Well yeah, where I started with that was the director and I had a conversation, and he had this idea of this kind of Appalachian-folk vibe. And I kind of extended that… obviously I am not going to write music which is rooted in Appalachian folk! But I found some awesome 1920s spiritual standards, folk songs, like ‘Lonesome Traveller’, ‘Wayfaring Stranger’, ‘Sometimes I Feel Like a Motherless Child’, all these kind of beautiful haunting, really intense songs that I thought were a good starting point for me. Then I wrote my song inspired by those. And then when I was going to other artists I sent references to what I was vibing, and I broke down the film from my perspective and what I felt it needed musically, and took it from there. So we built it from the ground up.

And as far as writing ‘Yellow Flicker Beat’, was that done on tour buses? In strange cities? When you were back in New Zealand? Because for your fans they just suddenly have this thing.. whereas for you..

Yeah it’s a whole process! Well the lyrics in the beginning of that were based on something I’d written about myself, and I hadn’t thought about them being in the world of The Hunger Games, and then Joel [Little] and I went into the studio and we knew we wanted the song to start with these haunting, cracked hums…. because straight away you feel you’re inside a head, which is what I wanted to do with Katniss. And I stumbled across this lyric and thought ‘That’s kind of interesting’… the idea of repurposing everything that is kind of flawed, or wrong with Katniss, and making her this princess, this warrior. And she’s a cool character to write for.

She also spoke of the support she’s gotten from the fans through social media:

Obviously they are. I mean, you get feedback direct on things like Twitter, and when you bring it out on stage the response is huge.

I am excited about it. I’m happy I got the chance to write it because I feel it’s very… it goes hand in hand with the film and the project. I don’t think it would have been a song I would have written on my own. I needed to draw on someone else’s well of aggression and trauma and all that sort of thing, to try and write this really intense thing.

She mentioned that at the time of the interview she hadn’t seen the movie yet (“I am actually seeing it tomorrow. I’ve seen parts!”), but she must’ve seen it by now so here’s hoping she comments about it on her Twitter!

You can watch the video and also read the full transcript over at 3 News’ website. What do you think of this interview? Don’t forget to tell us in a comment.